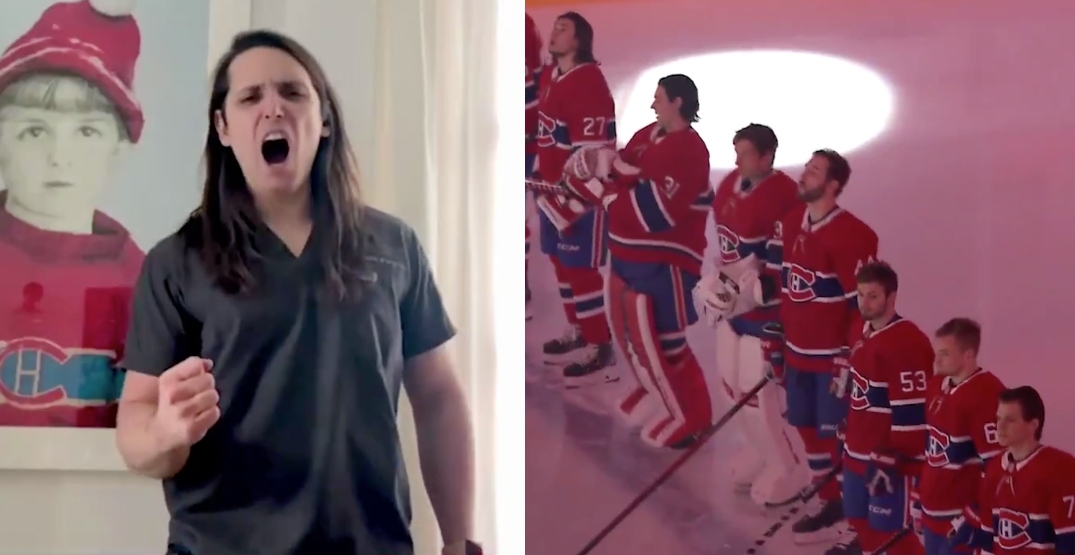 Without fans in attendance for the first time ever for a Montreal Canadiens game at the Bell Centre, the team found a way to make tonight’s home opener special nonetheless.

Habs players were introduced one-by-one by frontline healthcare workers on the big screen at the Bell Centre. And they didn’t just go through the motions either, with many of them really belting out their respective player’s name in a way that would surely make Michel Lacroix proud.

For the final player introduction, the Canadiens asked one of the most famous doctors in the province — co-Canadian athlete of the year and Kansas City Chiefs lineman Laurent Duvernay-Tardif — to announce captain Shea Weber.

The Canadiens also took time to produce a video, thanking the real heroes of the province.