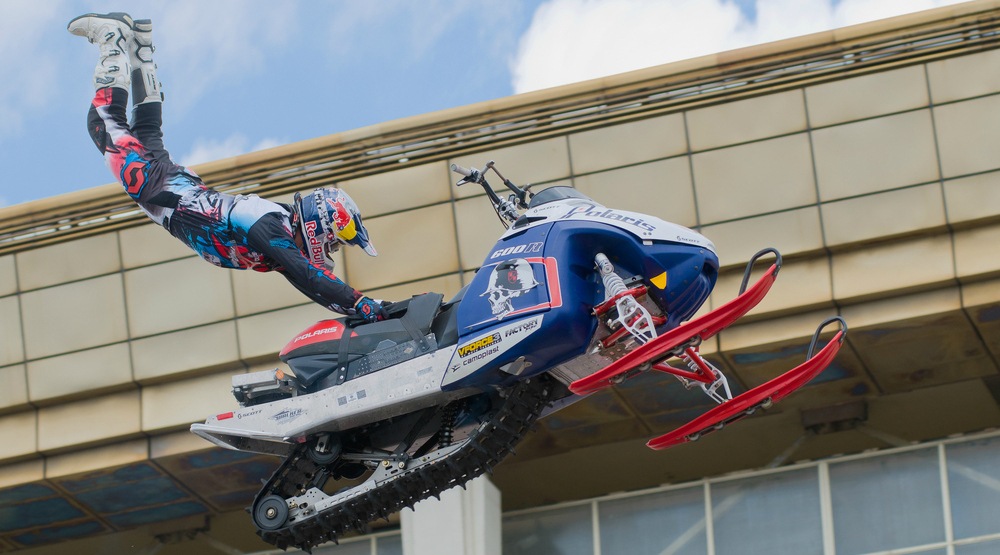 Extreme sports at their best.

Get outside this February and check out the ultimate extreme winter sport: freestyle snowmobiling.

On February 4th and 5th, Montreal will be hosting world snowmobiling champions for an event called, Motoneige MTL Xtrem.

Taking place at Place Philips, the expert riders will be performing crazy tricks for Montrealers to enjoy free of charge.

This freestyle snowmobiling show is presented by Tribu Experentiel in collaboration with the city’s 375th anniversary team. Over the course of two afternoons, downtown Montreal will be turned into a snowmobiling course in which riders will pull stunts such as jumping above Sainte-Catherine street.

The event will feature 10 of the best riders in the world and three gratify-defying demonstrations.

When: February 4 and 5, 2017
Where: Square Philips, Sainte Catherine Street between Union and Place Philips