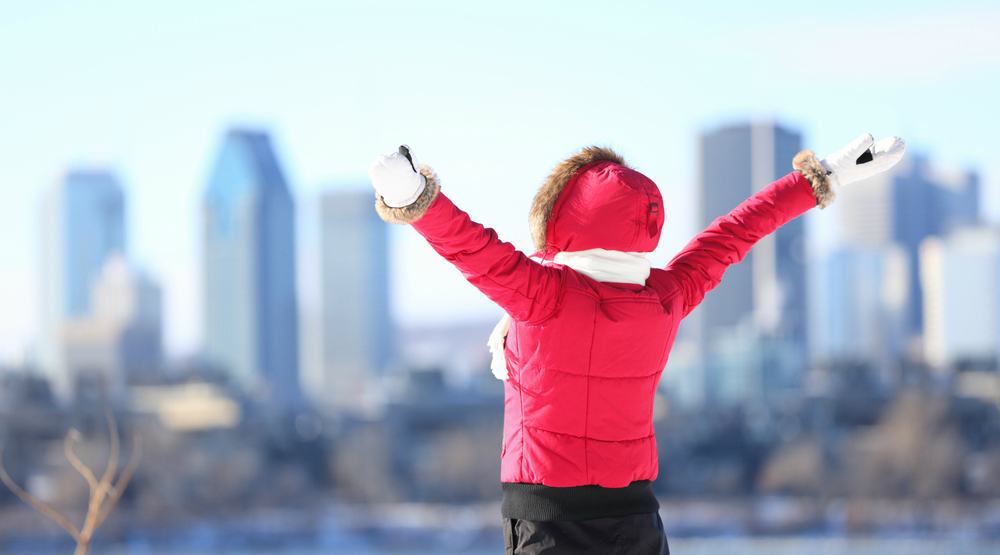 Celebrate the arrival of winter the best way you know how: by taking advantage of all the free activities and events available in Montreal.

From snow sports to cheese festivals, there are plenty of reasons not to hibernate this winter in Montreal.

Check out 21 free things to do in our fair city this winter.

The Festival of Our Cheeses

Calling all cheese lovers! You are finally getting a festival dedicated to your love of cheese – and it’s happening right here in Montreal. It has just been announced that an event entitled, “The Festival of Our Cheeses” will be taking place this February as part of Montreal En Lumiere. The three day cheese extravaganza will be going down at Complexe Desjardins starting at 11:30 am on February 23, 24, and 25, 2017. During the festival, Montrealers will be offered the chance to try free samples of some of Quebec’s premiere cheeses.
When: February 23-25, 2017
Where: Complexe Desjardins Grand-Place

Parc Jean Drapeau’s annual Fete des Neiges returns for three spectacular weeks this winter. Taking place between January 14th and February 5th, the park will host a myriad of snow-themed events and activities. Thanks to Montreal’s 375th anniversary, our friends at Parc Jean Drapeau and Tim Horton’s (who sponsors the event), are making this the biggest and best event yet. On this year’s schedule? Everything from evening dance parties to dog sledding. Sure, participating in activities might cost you, but walking around this winter wonderland is completely free of charge.
When: January 14-February 5, 2017
Where: Parc Jean Drapeau

Explore a national park in Quebec

With all the hype surrounding the free entry, most of the focus has been on some of the most popular (and breathtaking) parks in the country, parks like Banff, Gros Morne, and Kootenay. While these parks are certainly stunning, we urge Montrealers not to overlook the beauty of the province of Quebec. Within the province of Quebec lay three national parks: Forillon National Park, La Mauricie National Park, and Mingan Archipelago National Park, each one more magnificent than the last. Explore them for free during 2017 thanks to Parks Canada granting free entry into all Canadian national parks in 2017.
When: 2017
Where: Various locations

Happening on January 8, 2017, the international No Pants Subway Ride will be taking over the Montreal metro all afternoon long. Participants are invited to meet at Station Mont-Royal at 2:30pm. From there, hundreds of pants-less riders will make their way through the city’s metro system. The event is scheduled to last for 3 hours until 5:30pm.
When: January 8, 2017 2:30-5:30pm
Where: Station Mont-Royal

Stay active this winter with a little help from the 5th annual Montreal Ice Canoe Challenge. Hosted in Old Port, this unique winter event will see forty ice canoeing teams making their way down the frozen Saint Lawrence River. This is an extreme action sport that is not only fun to participate in, but also to watch. The race will make a loop between the Clock Tower, Alexandra Basin, the Cite du Havre park, and Ile Sainte Helene. Happening on February 11 and 12, 2017, you’ll want to dress warmly.
When: February 11-12, 2016
Where: Old Port of Montreal

St. Patrick’s Day 2017 brings yet another year of hilarious antics and green beer. The pillar of the festivities, the St. Patrick’s Day Parade, is back and slated for March 19, 2017. As per usual, the parade will begin on Saint Catherine Street in downtown Montreal and make its way east towards Phillips Square. Be sure to wear your best green outfit!
When: March 19, 2017
Where: Saint Catherine Street

Called Aurores Montreal, the outdoor illuminations are part of the city’s 375th birthday celebrations. Between December 11th and January 1st, 2017, Mount Royal will be lit up each night with a unique light display created by artist Marc Seguin. Seguin has teamed up with multimedia company, 4U2C, “to offer a unique experience to Montrealers and Montreal lovers.” The projections cover more than 15,000 square meters and range in design from colourful frescoes to the poetry and lyrics of Marie Uguay and Leonard Cohen.
When: December 11-January 1, 2017
Where: Mount Royal

Go on a snowshoeing adventure in the heart of the city on Mount Royal. Where winter fun prevails, Mount Royal is home to ice skating, cross country skiing, sledding, snow tubing, and snowshoeing in the wintertime. There are over 3km of trails and snowshoes can be rented from the Beaver Lake Pavilion. The cost of rentals is $9 for 1 hour or $15 for 3 hours, however if you have your own, this activity is completely free.
When: December 3-March 12, 2017
Where: Beaver Lake, Mount Royal

Nuit Blanche will once again be kicking off the Montreal En Lumiere Festival. Over the course of one night on March 4th, Nuit Blanche invites Montrealers to participate in 200+ activities, including art exhibitions, music, dancing, stories, and installations.
When: March 4, 2017
Where: Various locations

Ever wanted to participate in a massive game of pond hockey? Well now you can. Thanks to the Classique Montrealaise, Montrealers are invited to attend a huge outdoor hockey tournament in honour of the city’s 375th anniversary. 2017 marks the very first year of this unique event. Taking place at Parc Jean Drapeau on January 28th and 29th, hundreds of hockey lovers will head to Olympic Basin for the hockey tournament of the season. Though participating with cost you, watching the event and cheering on your fave players is totally free.
When: January 28-29, 2017
Where: Parc Jean Drapeau, Olympic Basin

Montreal is pretty damn Instagram-worthy. Whether you’re at a hipster coffee shop or shopping on Sainte Catherine, it’s hard to resist pulling out your smartphone, snapping a pic, and publishing it on the famed picture-sharing app. From a Habs game at the Bell Centre to the Notre Dame Basilica or Palais du Congres, there are plenty of places to nab that picture-perfect Insta photo.
When: Anytime
Where: For a list of the 15 most Instagrammed spots in Montreal, click here

Think of Luminotherapie as the 21 Balancoires of the winter months. Set up in Place des Festivals every year, Luminotherapie is an interactive art installation with featuring bright and twinkly holiday lights. Comprised of lit up loops, the event invites Montrealers to take part in their very own winter playground.
When: December 8, 2016 – January 29, 2017
Where: Place des Festivals

Spend your winter in one of the most classic ways: tobogganing down one of the city’s many hills. Whether you’re more of a plastic disk, magic carpet, or wooden sled kind of person, there are plenty of places to enjoy an afternoon whizzing down Montreal’s natural slopes. Mount Royal, Parc Lafontaine, and Westmount are great places to go tobogganing this winter. Note: if you have your own sled, this activity is free, and if not Dollarama typically sells magic carpets for as little as $2.
When: Anytime
Where: Various locations

Enjoy free admission to the Montreal Museum of Fine Arts

Visit our city’s best museum, the Montreal Museum of Fine Arts, for free this holiday season! Thanks to our friends at the MMFA, Montrealers can stroll amongst the museum’s impressive collections free of charge between December 26, 2016 and January 2, 2017. That’s one full week of free entry! Take advantage while you can.
When: December 26-January 2
Where: Montreal Museum of Fine Arts