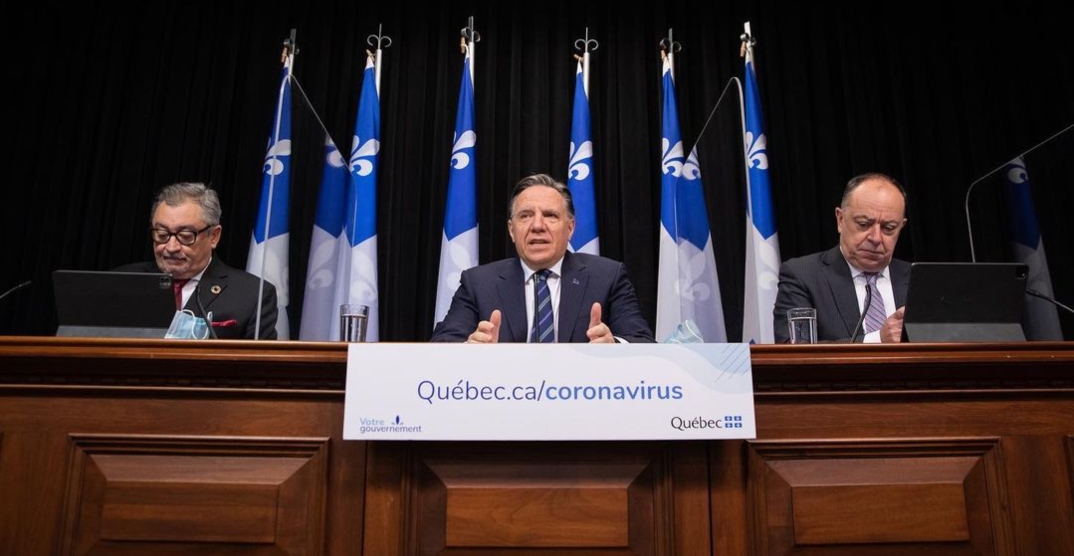 Quebec Premier François Legault has made a late adjustment to his daily agenda and has added a 5 pm announcement amid rising COVID-19 cases in the province.

On Tuesday, the premier confirmed the province has entered the third wave of the pandemic and said it was driven by five Quebec regions: Outaouais, La Capitale-Nationale (Quebec City), Bas-St-Laurent, Chaudiere-Appalaches, and the Saguenay – Lac-St-Jean region.

Legault said the five regions would be “under surveillance.” All of which were demoted to orange zones earlier in March.

The premier will be accompanied by Health Minister Christian Dubé and the director of public health, Dr. Horacio Arruda.

On Tuesday, Legault said the next few days — in reference to the upcoming Easter weekend — will be “critical.”

“We are monitoring the situation very closely, in particular the situation in hospitals,” he said in French. “For the moment, we think that the most important thing is to respect the measures that are already in place.” He said if the situation continues to deteriorate, some tightening of measures “may be necessary.”

The premier stressed that house visits are still prohibited and said Easter gatherings are something that “worries us the most.”

“Now is not the time to organize family celebrations or friends’ parties,” he finished. Legault also announced there would be an increase in security over the weekend to ensure no gatherings are taking place.