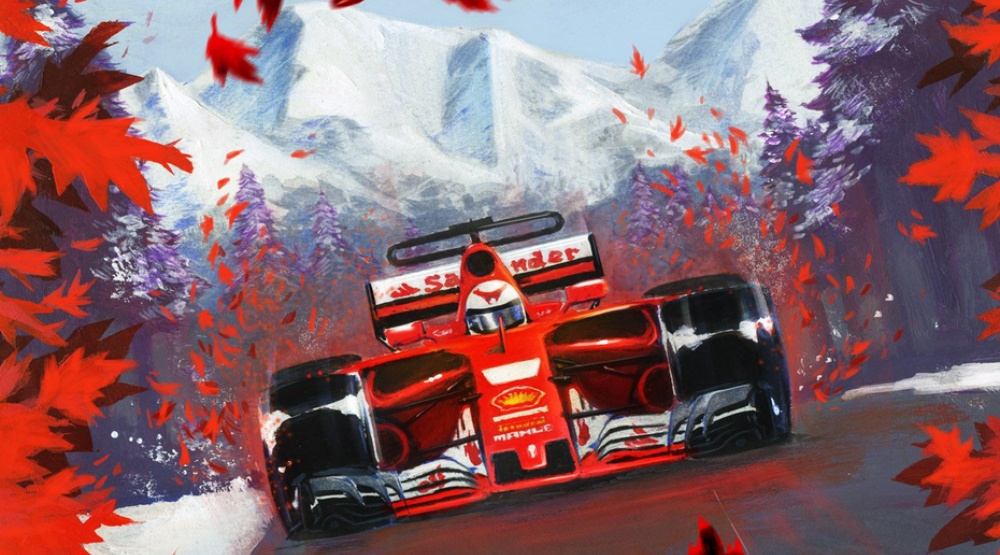 The Grand Prix may be off to a rocky start (pun intended).

According to many Canadian Redditers, Ferrari’s 2017 Canadian Grand Prix poster done by artist Giuseppe Camuncoli isn’t quite a winner.

Despite taking place in Montreal in the summer, the poster features snow-covered mountains and red leaves, evoking the western Rocky Mountains, as well as winter and autumn.

While it certainly presents an exciting image, some feel it simply doesn’t reflect the Grand Prix that takes place annually in Montreal on the second weekend of June.

Another Redditer, Virtualfred, suggested a few alterations to the existing poster to better reflect Montreal, “You’re missing the potholes and the road closures due to construction sites.”

Meanwhile, another user urged everyone to consider the following when evaluating the poster, “Remember, the Grand Prix is not the Montreal GP, it’s the Canadian GP that is held in Montreal. It’s a great depiction of Canada.”

What are your thoughts on Ferrari’s controversial 2017 Canadian Grand Prix poster?