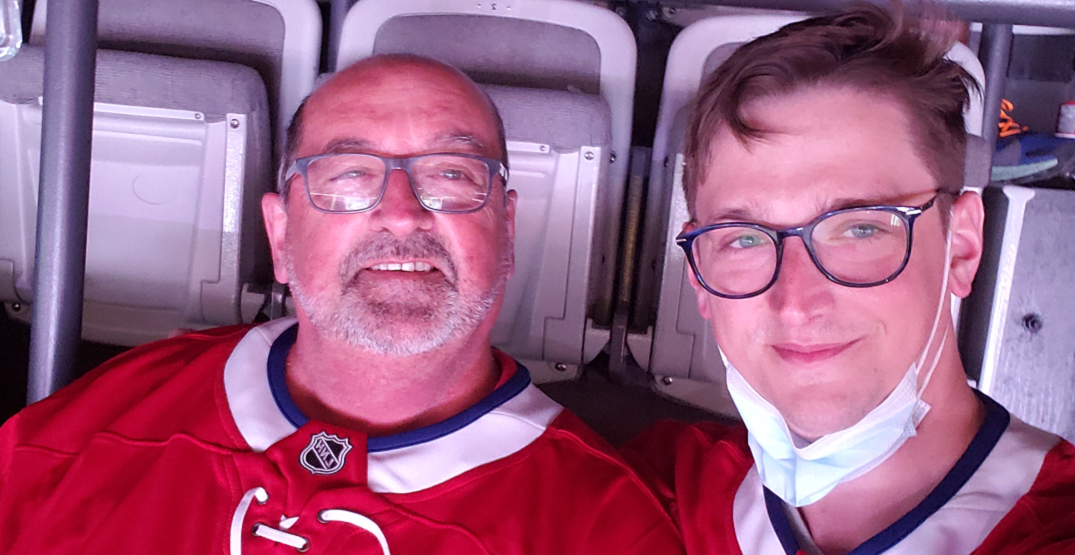 This year’s Father’s Day present will be hard for Montreal Canadiens fan Kevin Pilon to top.

The 33-year-old Verdun-based nurse gifted his father, Gilles, an experience few others have been fortunate enough to have over the last 16 months: a pair of tickets to Sunday night’s Game 4 against the Vegas Golden Knights.

Chatting just before a pre-game family lunch for Father’s Day, Pilon noted that his dad’s excitement couldn’t have been be more apparent if he tried.

“I think he was at lunch at 9 am, which is really early,” Pilon said with a laugh in an interview with Daily Hive. “He just really wanted to go to the game.”

Pilon won the tickets as part of the Canadiens’ IGA Heroes contest to give tickets to frontline workers, after being nominated by his girlfriend, Lauren Quinsey. In addition to the tickets, the pair also got a new set of Canadiens jerseys and free parking for the evening.

“Whether it’s a doctor, a paramedic, a teacher, a grocery store employee, or any other essential service worker, there are countless heroes who’ve risen to incredible challenges over the past 14 months,” the contest’s description reads.

Canadiens playoff tickets are typically tough to come by in normal times, and even more so with a current capacity of just 3,500. But Pilon only had one person in mind to bring during the nomination process for the contest.

“I made it pretty clear right off the bat I’d be bringing my dad,” he said.

Pilon said he was happy to share the link to the contest around to coworkers in hopes that they’d also have a chance to win. He found out himself just three days prior to winning tickets that he’d be able to attend on Sunday night.

Returning home from a two-week trip in Alberta with Quinsey, Pilon said that the last 72 hours have been a whirlwind as he pushed to get back in time for the game. 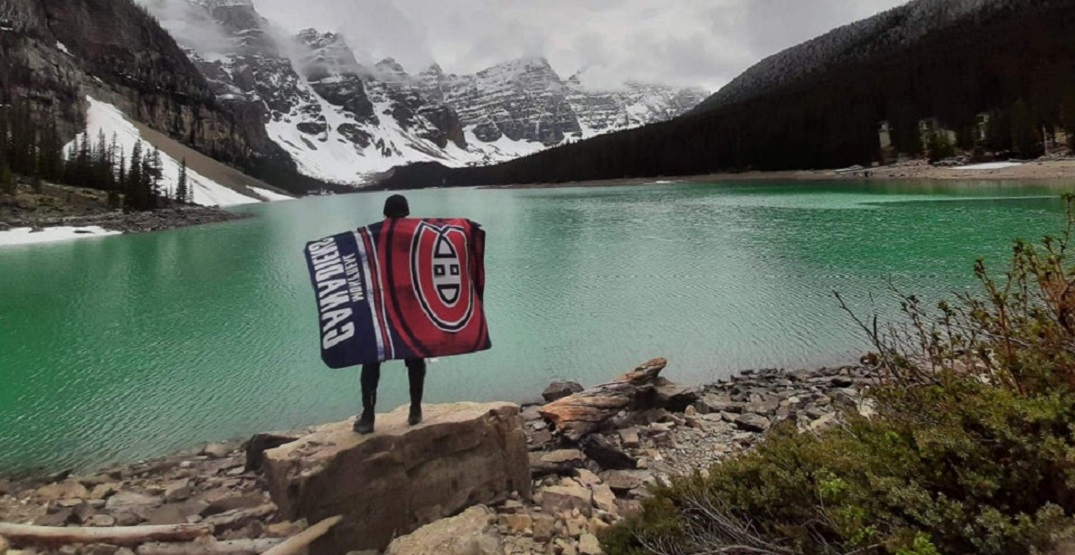 Pilon and Quinsey rushed to get to their Calgary hotel room from Lake Louise, and then watched Friday night’s Game 3 win before flying back the following day.

“It was stressful. They weren’t exactly playing their best game,” Pilon said. “We were happy to have Mr. Fleury help us out a bit. The overtime was really thrilling. What a moment.”

“I was exhausted [Saturday when we flew in],” he said just prior to attending Game 4. “Feeling much better now.”

He wasn’t the only one with positive vibes in the family.

“[When he found out we were going to the game, my dad] was all smiles,” Pilon added. “He texted me [Saturday morning] and asked me if I’d landed yet, because he was afraid he wouldn’t be able to go to the game.”

Pilon said Sunday was actually the second time he was fortunate enough to attend a playoff game with his father, having been given tickets by one of his father’s contractors to Canadiens-New York Rangers Game 5 of the Eastern Conference Finals in 2014.

The Canadiens won that game by a 7-4 score, but fell 2-1 in overtime on Sunday with the Pilons in attendance this time out.

Still, after working on the frontlines of a pandemic for over a year, Pilon said it was much-needed experience.

“We’ve been waiting for a bit more freedom for a while now,” Pilon said. “This is definitely a step in the right direction.”