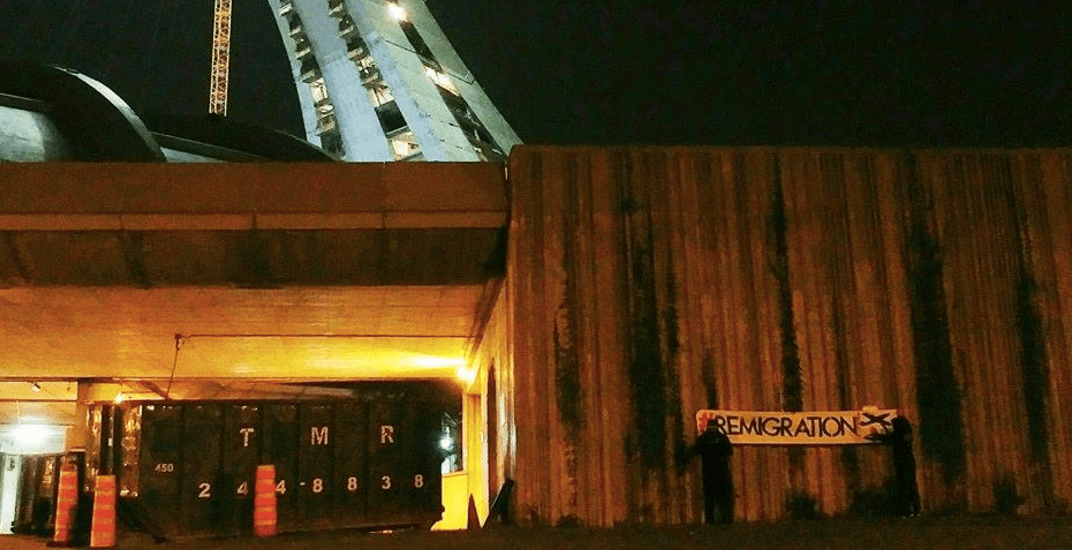 A far-right group Atalante Québec put up an anti-immigration poster outside of Montreal’s Olympic Stadium earlier this week.

The group has been putting up the posters around Québec that say “#REMIGRATION” to take a stand against the latest wave of asylum seekers entering the province.

“The Nebula strikes again, but in Montreal, this time and with more than a dozen banners,” wrote Atalante Québec,” in a Facebook post.

Between January 1 and June 30, nearly 6,500 asylum seekers have crossed into Quebec. Earlier this month Montreal’s Olympic Stadium opened as a temporary welcome centre to house the asylum seekers, the majority of them being Haitian.

The poster has since been taken down from Olympic Stadium.