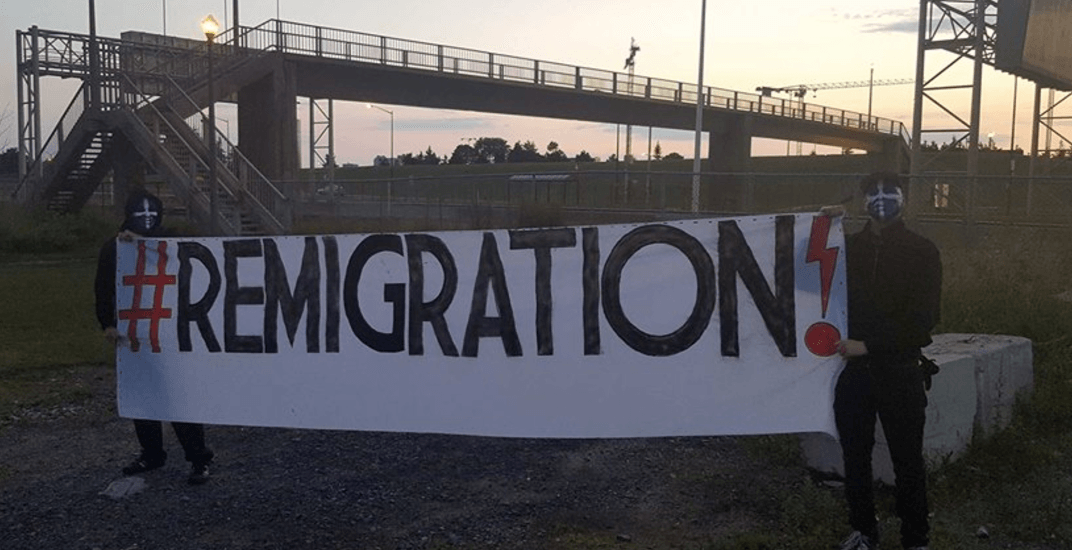 The banners say #REMIGRATION and were put up in several areas around the city.

Pictures of the posters were shared on the far-right group Atalante Québec’s Facebook page. Atalante Québec says that the signs are a response to the influx of asylum seekers entering the province.

“A single solution is possible to reverse the phenomenon before it is too late. This is a reversal of migration flows, a large-scale #remigration with an effective birth policy,” said the group.

Between January 1 and June 30, nearly 6,500 asylum seekers have crossed into Quebec. Earlier this month Montreal’s Olympic Stadium opened as a temporary welcome centre to house the asylum seekers, the majority of them being Haitian.

Premier Philippe Couillard spoke to media on Tuesday about the anti-immigration signs, saying that the signs were concerning but he does not want to give any alt-right groups unneeded attention.

“This phenomenon exists everywhere and I won’t give them more importance than they deserve,” he said.