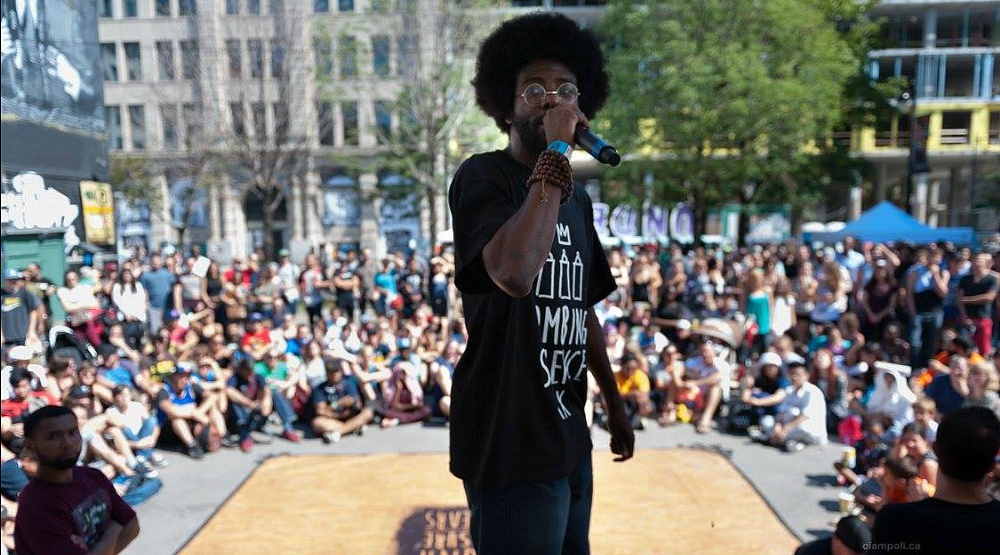 This summer be sure to check out Montreal’s grittiest art festival: the Under Pressure Graffiti Festival. Celebrating its 21st year, Under Pressure runs from August 10 to 14. As the largest graffiti and hip hop festival in North America, Under Pressure is one of the best summer festivals in Montreal.

Events such as street dance battles and documentary screenings will be taking place the week prior, however, the majority of the fun will take place on the weekend (August 13 and 14).

Furthermore, 10 murals will be completed over the course of the weekend, all of which have been influenced by the art form of graffiti. As per tradition, the murals will be painted on Sainte Catherine Est between Rue Sainte Elisabeth and Rue Berger.

In addition to the cool urban atmosphere, the Under Pressure Graffiti Festival has a great message behind it. According to the website, the festival “focuses on community development, artist empowerment as well as positive youth development through ownership and responsibility of a shared space.”

This is your chance to be part of Montreal’s incredible art scene.