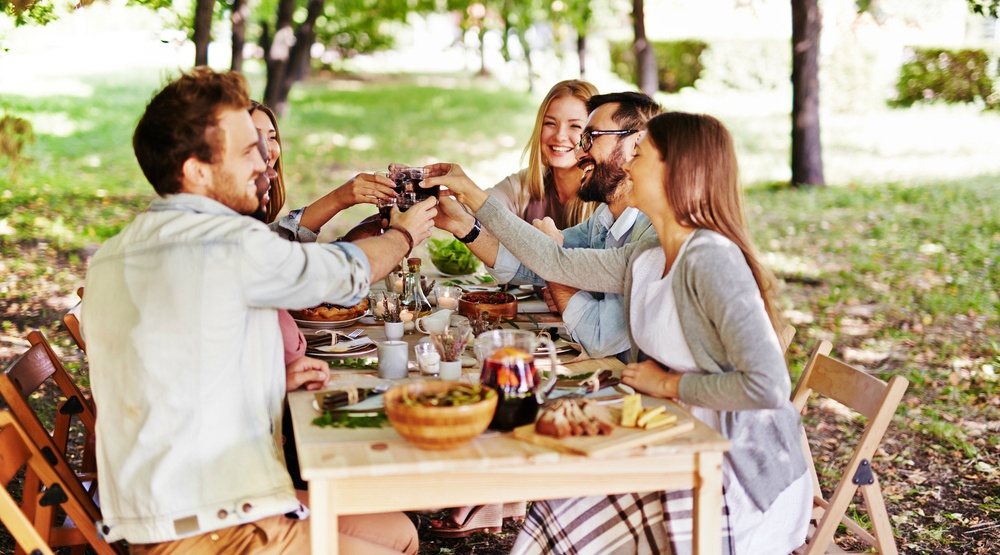 We know that Thanksgiving isn’t exactly the most celebrated holiday in Quebec, however, just because you choose not to have a turkey doesn’t mean you shouldn’t partake in fall-themed activities this Thanksgiving weekend.

From pumpkin picking to art exhibits, check out 17 ways to celebrate Thanksgiving in Montreal.

Head to a pumpkin patch

Pumpkin patches are the epitome of fall. Whether you love carving Jack-O-Lanterns, roasting pumpkin seeds, or eating pumpkin pie, let’s face it, fall wouldn’t be fall without pumpkins. If you’re looking for a slightly more festive, authentic experience, then you might consider driving to one of Montreal’s nearby pumpkin patches. There are several farms that are less than hour from Montreal, including Quinn Farm, Le Verger Labonté, La Magie de la Pomme, Verger du Flanc du Nord, and Petch Orchards.
When: Anytime
Where: Various locations

Or take a haunted tour of downtown with Haunted Montreal Tours

Forget Old Port, Haunted Montreal Tours are here to show you all the haunted spots in Montreal. With tours of downtown, Grifftintown, and Mount Royal, you’ll soon realize that nowhere is safe in Montreal. From forgotten cemeteries and ghost-infested buildings, to the infamously haunted Club Le Cinq, prepare for your outlook to change on our fair city. All tours are lead by professional actor and storyteller, Donovan King.
When: Fridays, Saturdays, and Sundays in October at 8:30 pm
Where: Downtown, Mount Royal, Griffintown

Described as Montreal’s first ever festival dedicated to the city’s love of dogs, Dog Fest is coming to Montreal for two days only on October 8th and 9th. Dog Fest Montreal will celebrate all things dog related. There will be 8 food trucks, 40 vendors, a DJ, live dog shows, and even a microchip station. Do not miss this afternoon of cute and furry fun!
When: October 8-9
Where: 3700 Rue St-Patrick (along the Lachine Canal, near the Atwater Market)

Visit the Gardens of Light

The Montreal Botanical Garden has been lit up at dusk every night since September 2nd, showcasing its gorgeous exhibit of animals, temples, and lanterns. This year’s Chinese-themed exhibit tells the story of the Son of Heaven, a Chinese Emperor. Thus, when you step into the Gardens of Light, you are also stepping into Beijing’s Forgotten City where you can learn about key moments from the Emperor’s life and rule through stunning display of glowing lanterns, cranes, pandas, fish, dragons, giraffes and turtles. The exhibit ends on October 31st, so why not spend this Halloween taking in one of Montreal’s most beautiful art installations?
When: September 2 to October 31, every day from 9 am to 9 pm
Where: Montreal Botanical Garden, 4101 Rue Sherbrooke Est

Pick up a pumpkin at a farmer’s market

Spend your Halloween wandering around a Montreal farmer’s market. Grab a pumpkin or perhaps a few little gourds and enjoy all that the harvest has to offer. Whether you go home and carve your pumpkins into cute Jack-O-Lanterns or make a delicious pumpkin soup, a trip to the farmer’s market is always a good idea on a crisp fall day.
When: Any day
Where: Various locations

Pompeii may be over but lucky for us, an equally exciting temporary exhibition has taken its place at the Montreal Museum of Fine Arts. Titled “Focus: Perfection,” this temporary exhibit focuses on Robert Mapplethorpe, one of the most influential photographers of the 21st century. The exhibit hails all the way from Los Angeles and was curated by the Los Angeles County Museum of Art and the J. Paul Getty Museum in collaboration with the Robert Mapplethorpe Foundation. “Focus: Perfection” will track Mapplethorpe’s work from the beginning of his career in the 1960s to his tragic death in 1989.
When: Monday and Tuesday 10 am-5 pm, Wednesday 10 am-9 pm, Thursday to Saturday 10 am-5 pm, Sunday closed
Where: Montreal Museum of Fine Arts, 1380 Rue Sherbrooke Ouest

Check out The Great Pumpkin Ball

The Montreal Botanical Garden is back at it with more Halloween-themed fun. Once you’ve finished gazing at the Gardens of Light, be sure to head on over The Great Pumpkin Ball. Filled with Halloween games and shows for the whole family, this year’s event includes a squash kiosk, pumpkin-decorating competition, Little Monster’s courtyard, and a show starring Pepo citrouille. It’s sure to be an event to remember!
When: September 30-October 21
Where: Montreal Botanical Garden, 4101 Rue Sherbrooke Est

Didn’t get your fix of jazz during the International Jazz Fest, then you’ll really be digging the fact that Montreal is set to host a second jazz festival this October. The OFF Jazz Festival is coming to Montreal this Thanksgiving weekend. From October 6th-15th, various venues around Montreal will be filled with some of Canada’s top jazz musicians. Atlantic singers Christine Jensen and Maggi Olin will be kicking off the festival on October 6th, while other festival headliners include Chaosmos, Quattro Venti, Nomad, and the Olivier Babaz Trio.
When: October 6-15
Where: Various locations, for a full list of venues click here

Black & Blue, otherwise known as the world’s largest gay dance festival, is back in Montreal this October. This year, from October 5th until October 11th, the Pierre Charbonneau Amphitheatre will once again be taken over by an array of activities for the gay community and its friends. The week of Black & Blue events includes dance parties, brunches, sporting events, and art exhibitions, but mostly partying.
When: October 5-11
Where: Pierre Charbonneau Amphithéâtre, 3000 Rue Viau

Go apple picking at one of Montreal’s nearby farms

Apple pie anyone? What better way to celebrate fall than by spending the afternoon apple picking! Head out to any one of the orchards near Montreal, and prepare for a day of tractor rides, picnics, and of course, apples. Bonus points if you turn your handpicked apples into a fresh apple pie! For a guide to the nearest pick-your-own apple orchards, click here.
When: Anytime
Where: Various locations

Pick up a pumpkin baked good

Looking to satisfy your sweet tooth? Lucky for you Montreal can help you get in the fall spirit whilst satisfying your sugar craving. From pumpkin pie at Rustique Pie Kitchen and pumpkin pie donuts at Leche Desserts to apple pumpkin tarts at Patisserie de Gascogne and pumpkin ginger pancakes at Lola Rosa, there are plenty of places to get your pumpkin baked good fix in Montreal.
When: Anytime
Where: Various locations

If you’re up in helping out a good cause this weekend and love dogs, then this is right up your alley. Hundreds of dog supporters will be rallying around the Montreal City Hall this Saturday in support of protesting the controversial pitbull ban. So dress warm, grab a hot chocolate, and stand up for dog’s rights!

Learn about squash at the Pick A Peck of Pumpkins exhibition

Every fall, pumpkin becomes the star of the show. We carve them, roast them, and make pies out of them. Unfortunately this means other veggies in the squash family get left behind. This unique and educational exhibition at Chateau Ramezay intends to write this wrong by creating an exhibit entirely on squash! Learn about the vegetable’s Native American origins and all the different types.
When: September 17-November 6
Where: Chateau Ramezay, 280 Notre-Dame Street East

Head to a bring your own wine restaurant with your friends

Celebrate Thanksgiving with wine in hand! Bring your own wine restaurants are an integral part of Montreal’s food culture. The perfect money-saving option for students and residents alike, BYOB spots are a great way to feel fancy without actually paying restaurant prices.
From Indian food to sushi joints, there is a vast range of restaurants in Montreal that allow you to bring your own. Check out this list for a little inspiration.
When: Any day
Where: Various locations