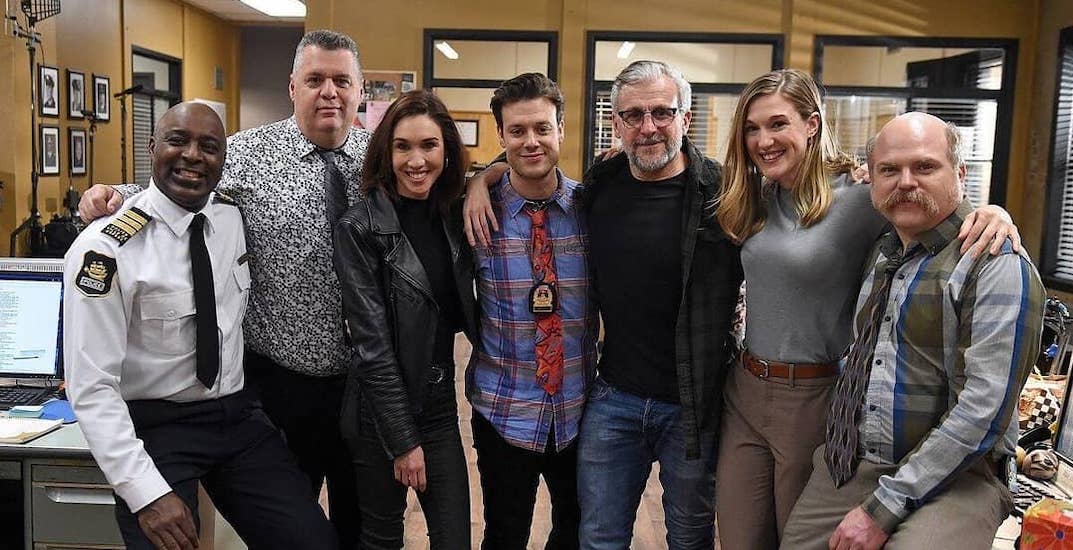 The trailer for the Quebec adaptation of Brooklyn Nine-Nine dropped on Thursday and it sent a corner of the Twitterverse into a frenzy.

Some people were surprised that a French-Canadian version even existed, and a couple of the original cast members from the hit TV show chimed in on things that didn’t sit well with them.

Actress Melissa Fumero, who plays Amy Santiago in the American version, felt that watching the new trailer was like “peeking through another dimension” and later said her role should have been cast with a Latina actress.

Her co-star Stephanie Beatriz, another Latina actress whose character is played by a white Quebecoise actress in the remake, replied with only woozy emoji faces.

The adaptation is produced by the ComediHa! production team in Quebec City, and the series is directed by Montreal-native Patrick Huard of Bon Cop Bad Cop fame. The series stars Mickaël Gouin as Andy Samberg’s equivalent of Detective Jake Peralta.

Until then, here are Twitter’s mixed reactions to the remake news.

the quebecoise adaptation of brooklyn 99 looks like trash and i will be watching every episode pic.twitter.com/WicCliu4Wq

i am scared of quebec brooklyn 99 https://t.co/OBXCFHv3lh

The Quebec version cast of Brooklyn 99 just looks like trashhhh

I mean, this is definitely how I would learn Quebec French.

Brooklyn 99 gets a remake – people’s reactions are stong and varied https://t.co/m70EPfun88

SAY IT LOUDER SO QUEBEC CAN HEAR YOU

So Quebec remade Brooklyn 99 and you don’t need to know a lick of French to identify every single character in the trailer. They all look like discount versions of the original series. https://t.co/8HC0weh5N4

Hold up what, catch me trying to convince my french teacher to let us watch Quebec Brooklyn 99 for “educational purposes” https://t.co/7yuGFw3PZe

Please, please, please have a crossover episode between the two shows!!!!!!! pic.twitter.com/k8clWYdruK

Oh man, Quebec made its own version of Brooklyn 99 instead of just translating it and it’s great. https://t.co/WTWG4dEo8m