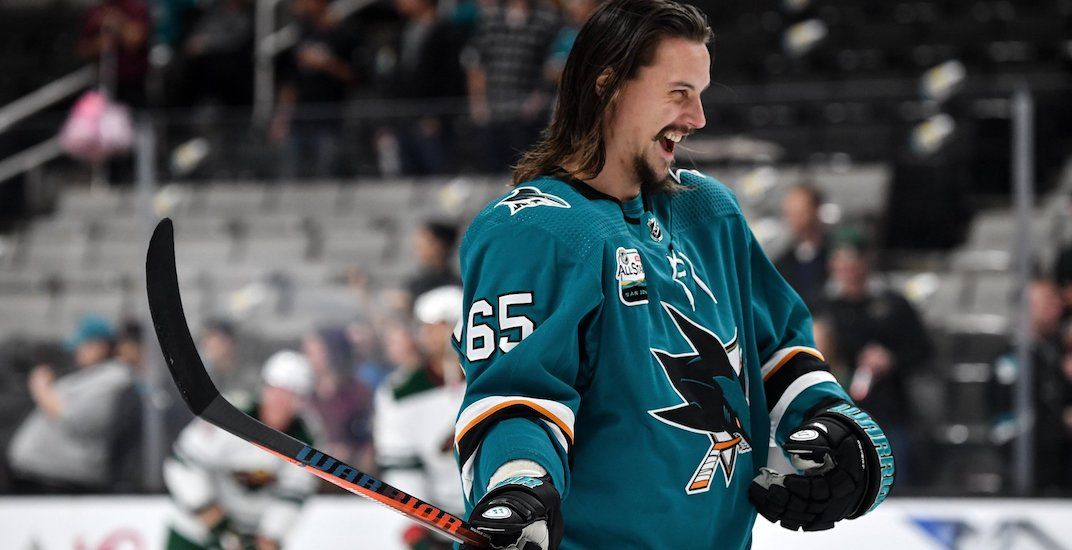 Erik Karlsson will be the most sought after free agent defenceman if he remains unsigned on July 1, and the Montreal Canadiens may have the inside track to get him.

This is according to a report from the Ottawa Sun, which references a “well-connected source.”

Karlsson’s wife Melinda, who is born and raised in Ottawa, is said to be homesick, and would like to live closer to family. The source says that Karlsson hopes to receive “competitive offers” from the Canadiens and Ottawa Senators.

After nine seasons with the Senators, Karlsson was traded to the San Jose Sharks last September. He had an injury-plagued year, but still managed to score 45 points (3-42-45) in 53 games during the regular season and 16 points in 19 playoff games, in which he was playing at far less than 100% health.

While Ottawa is “home” for the Karlssons, their hockey team is also in disarray. The Canadiens could be the best of both worlds, with a team on the rise and just a two-hour drive to the nation’s capital.

Every team in the league could use a player like Karlsson, who is the best offensive defencemen in the world when healthy. The Canadiens project to have $11 million in cap space, which is close to the number that it would take to get the 29-year-old former Norris Trophy winner.

The only issue for the Canadiens is Karlsson’s age and health. If he ages gracefully, he could be a productive player well into his 30s. Karlsson will command a big-money, long-term deal, so if his play declines, there’s potential to get burned.