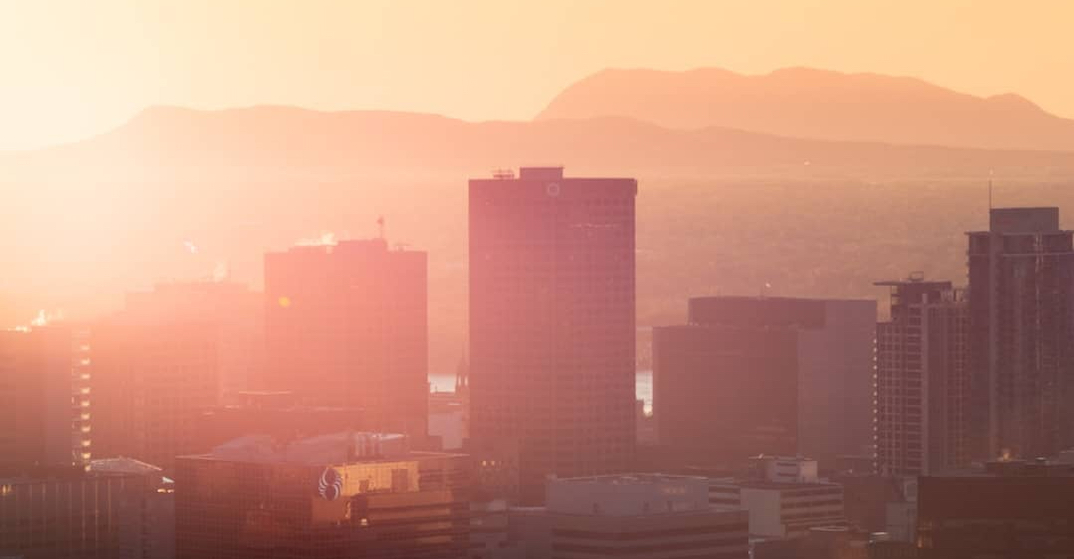 Environment Canada has issued a special weather alert for Montreal and its surrounding areas as warm weather settles over the southern part of the province.

According to the weather agency, it seems like we’re in for a few days of heat. “It will give daytime highs ranging between 32 and 34 degrees Celsius from Wednesday to Sunday,” states the alert. “Humidity will gradually increase beginning Thursday and lead to warmer, more uncomfortable nights. The temperatures combined with humidity will give humidex values around 37.”

The alert states that temperatures could be even a few degrees higher in urbanized areas, namely Montreal, and says “discomfort” could be felt. 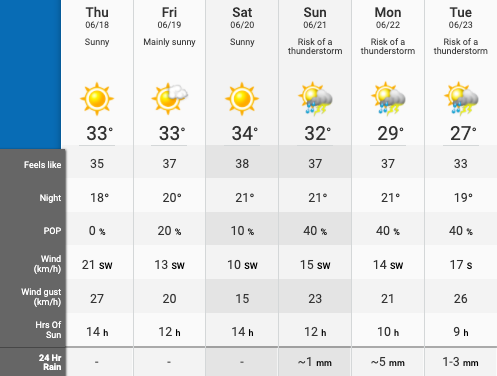 The special weather statement, issued in the early hours of Wednesday morning, is in effect for the following areas: