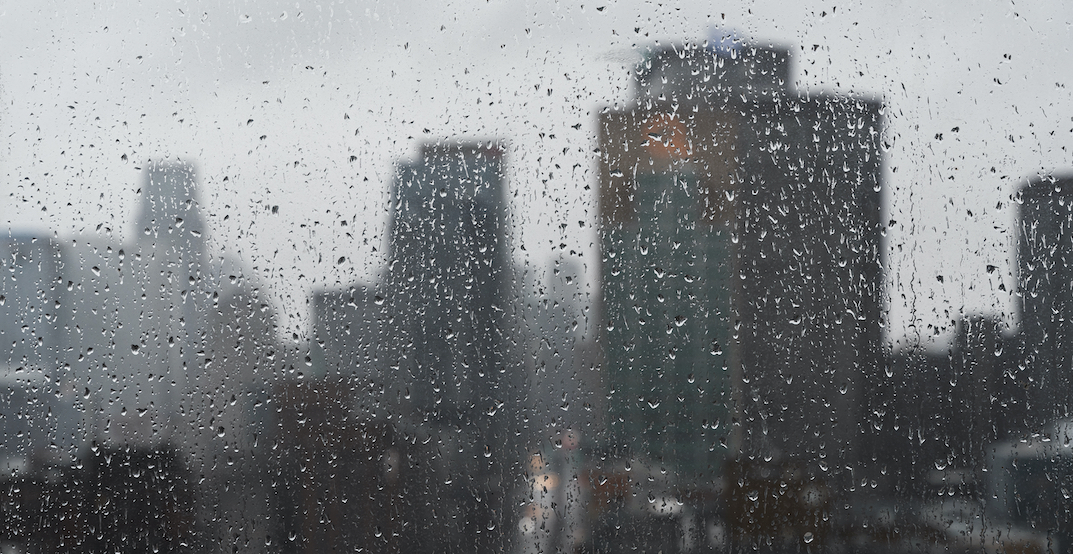 Environment Canada has issued a rainfall warning for Montreal and its surrounding areas, calling for 50 mm of rain to accumulate between now and Wednesday morning.

“Precipitation will intensify this afternoon and evening as the remnants of hurricane Isaias approach,” says the weather agency, adding that “rain, at times heavy,” can be expected.

Environment Canada says rainfall warnings are issued when “significant and heavy” downpour is in the forecast.

The weather agency says heavy downpours can cause flash floods and water pooling on roads and localized flooding in low-lying areas becomes a possibility.

The alert, issued just after 11 am on Tuesday morning, is in effect for the following areas:

The weather agency urges citizens to continually monitor weather alerts and updates throughout the next 24 hours and asks drivers to remain diligent on the roads while travelling.