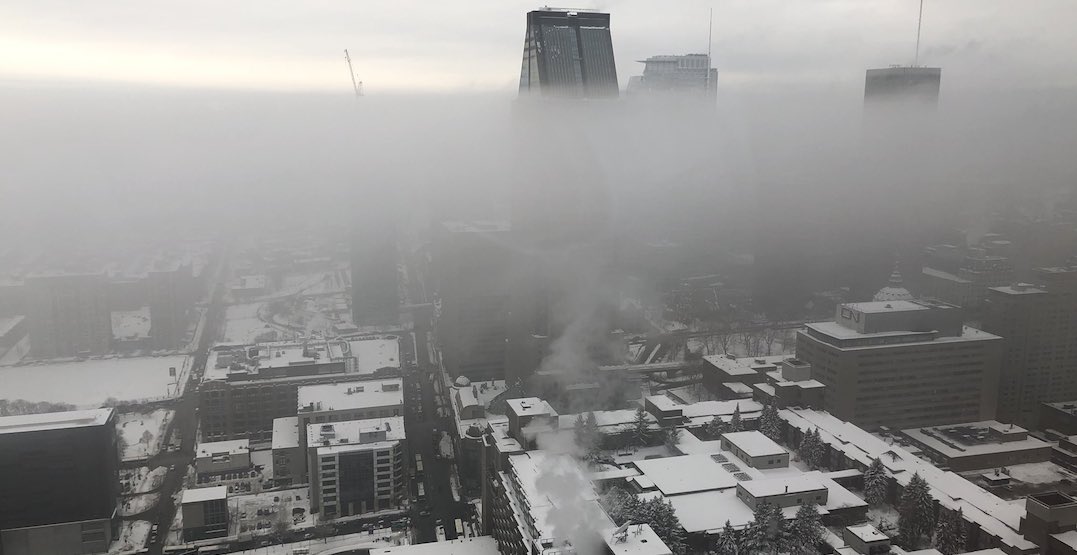 Montreal is rolling through February’s second full work-week with another smog warning.

According to Environment Canada, high concentration of pollutants are expected to linger until tonight, and will result in poor air quality — particularly in urban areas where pollutant emissions are higher.

Smog is especially harmful to asthmatic children and people with respiratory ailments or heart disease, according to the alert. The weather agency recommends that these specific individuals avoid intense physical activity outdoors until the warning is lifted.

The alert was issued in the early hours Tuesday, and is in effect for the following areas:

Quebec residents are also urged to stop using wood-burning stoves or fireplaces until the warning has subsided, as wood heating is the main source of fine particles that contribute to smog during winter.

The website also asks citizens to continue to monitor alerts and forecasts issued by Environment Canada.