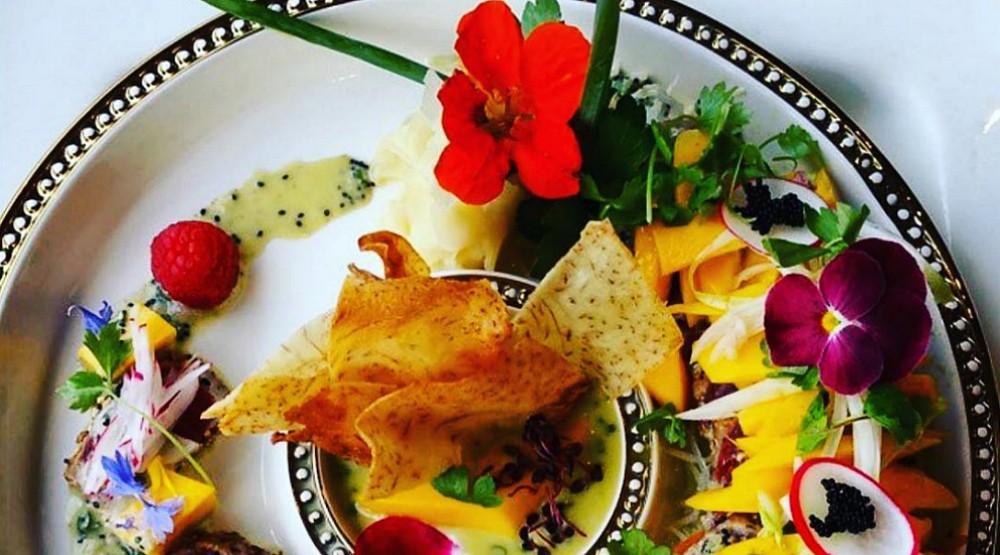 Nothing says love like a plate of edible flowers.

Up the ante this year by opting for West Island eatery, Maiko Sushi’s inventive edible flower sushi (it’s better than a dozen red roses, we promise!).

Made especially for the Valentine’s season, Maiko Sushi has devised a few seasonal sushi dishes that are covered in edible flowers such as pansies, as well as a sushi roll that has been shaped to look like a rose!

In addition to being downright beautiful, they also look pretty darn tasty with flavour combinations such as raw Japanese fish, cucumber, strawberries, tobiko, and a sauce made of mandarins, kumquat, and yuzu.

When: Until February 14
Where: Maiko Sushi, 3339 Boulevard des Sources, Dollard-des-Ormeaux