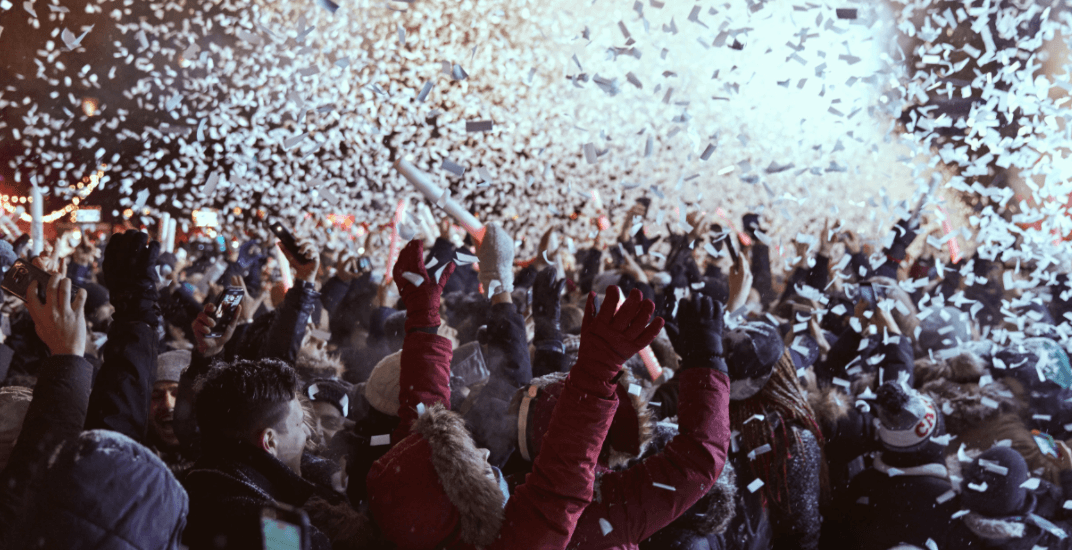 2018 is fast approaching and Montreal has a huge celebration planned to ring in the New Year.

Head down to the Old Port’s grand outdoor stage where you’ll be able to dance and party as a huge lineup of entertainers take the stage.

The countdown to midnight will feature an amazing light show on the Pont Jacques-Cartier followed by a huge fireworks show.

The New Year will kick off with the sounds of Champion et ses G-Strings. The Quai Jacques-Cartier will be transformed into a giant illuminated dancefloor where you can dance the night away until 2 am.

It’s going to be the best night of the year so get your party hats on and ring in 2018 Montreal style!