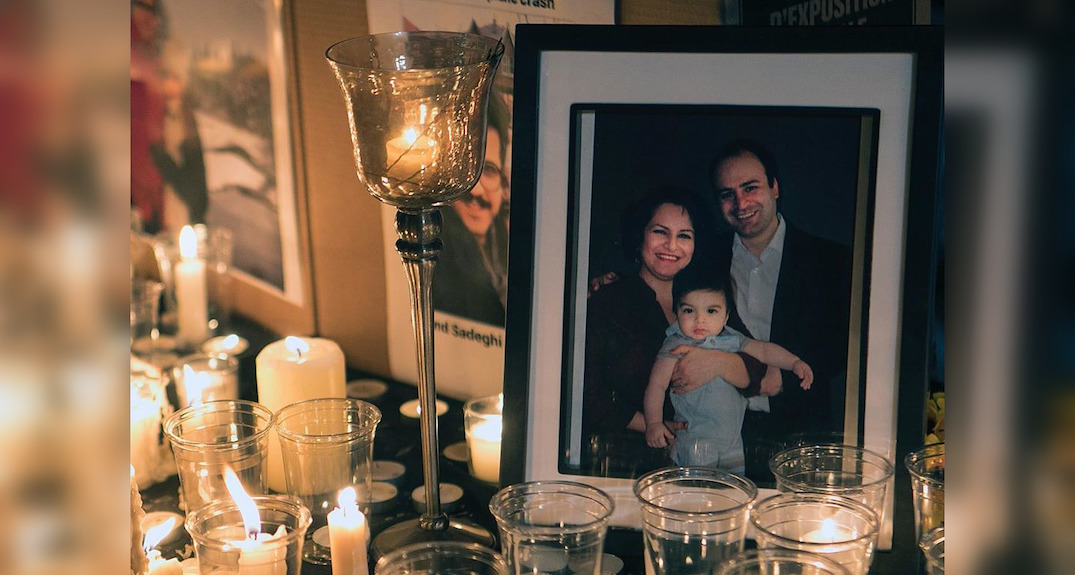 Hundreds of people gathered outside Concordia University on Thursday night to pay respects to the victims of the fatal Ukraine International Airlines flight PS752 plane crash in Iran.

Of the six known Montrealers who perished in the crash, newlyweds Sara Mamani and Siavash Ghafouri-Azar were engineering graduates from Concordia.

McGill released a statement acknowledging that one student and two alumni were killed in the crash but withheld all three names. McGill University’s flag has been lowered out of respect.

“On behalf of McGill University, I offer our deepest condolences to the families and friends impacted by these heartbreaking losses, to the Iranian-Canadian community, and to our sister universities who also lost members of their communities,” said Suzanne Fortier, McGill’s principal and vice-chancellor.

A second memorial will be held on Friday afternoon at 4 pm at Concordia in the MIE Faculty Lounge, (The fourth floor of the EV building.)