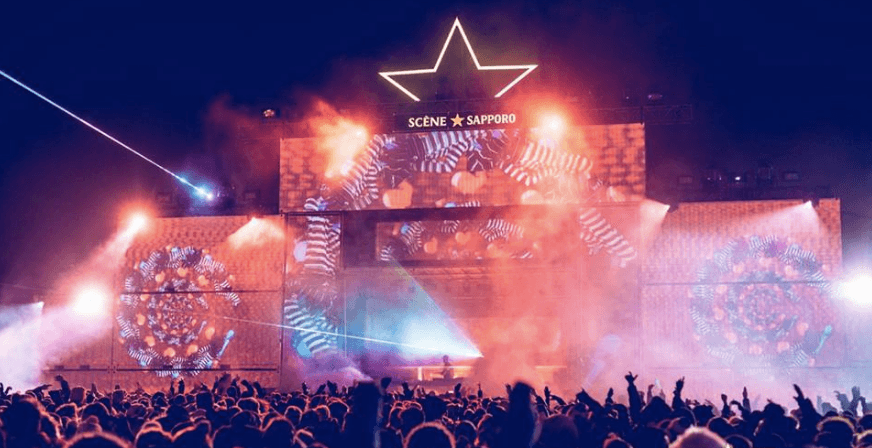 Another year of music has come and gone, and we look forward to what 2017 will bring! This month starts off with one of our favourite winter music festivals, and only makes us look forward to the rest of the year.

So kick off 2017 with some live music at one of these shows in January!

Start your year with a throwback! Ska punk band Reel Big Fish are back on the road. The 90’s California band continue to tour relentlessly, playing shows and festivals all over the world. They return on a North American tour with Anti-Flag.

The Edmonton natives are back! With the release of their latest “Another Eternity”, the electronic duo make a stop in Montreal this month for a DJ set. Purity Ring’s electro-synth beats are distinct, and their fan base has grown since their 2012 single “Obedear,” so this show is bound to sell-out.

Toronto’s Austra are on the verge of releasing their third album, Future Politics. The 11-track record comes out on January 20, and the following night they will have a show at the Fairmont Theatre with Lafawndah.

Ontario native Hannah Georgas returns for a show this month after the release of her latest album, For Evelyn. The album is layered with catchy beats, Georgas’ melodic voice, and lyrics that resonate. As a singer-songwriter, Georgas’ sound has grown organically since her 2012 self-titled album, and we can’t wait to see her live.

Also from Toronto, Tokyo Police Club are on a winter tour coinciding with the two-party self-released Melon Collie and the Infinite Radness, which features the leading single “Not My Girl.” This collection of songs is the first batch of tracks from the group since they launched their 2014 LP Forcefield.

We mentioned Emilie & Ogden last month, and we will do it again. This is a duo unlike any other. Emilie, the soft yet powerful vocals, and Ogden, her harp. The talented young folk artist has taken her harp on tour across the country, and is home for a set this month. Her live how is unforgettable.

Where: Cégep Marie-Victorin, 7000 Marie-Victorin
When: Thursday, January 26 at 7 pm
Tickets: No ticket information is currently available, but check back online for more details.

Popular 90’s post rockers Mogwai released Atomic in 2016. Although it’s not technically an album since it features reworked material of their contributions to a BBC documentary, it was still welcomed by their fans. And now the Scottish band are taking the material on tour.