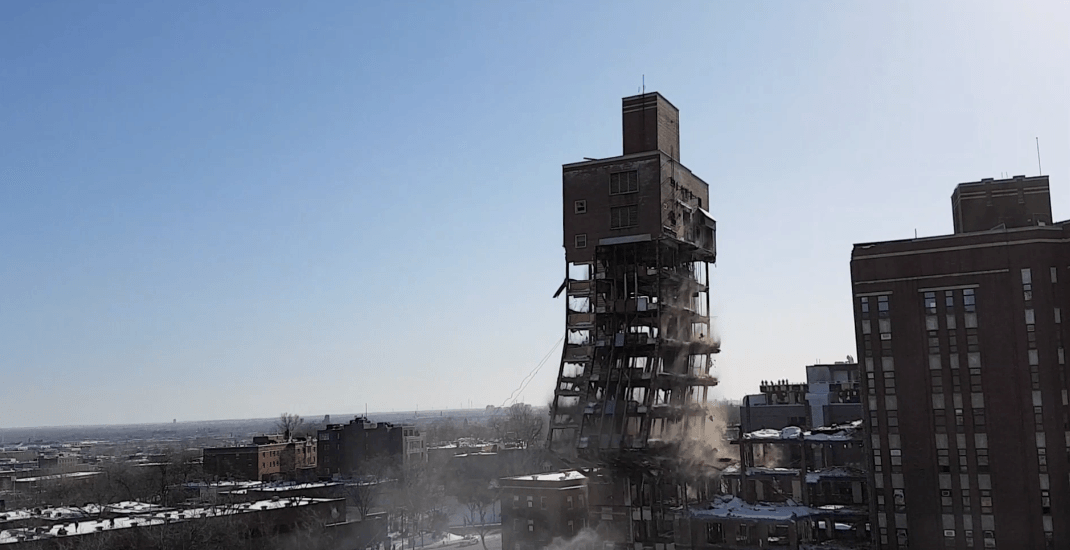 On Tuesday afternoon, the remaining building of the old Montreal Children’s Hospital came crashing down in a controlled collapse.

A crowd gathered to watch crews bring down the building with cables.

Footage of the collapse was shared on YouTube by user Jonny Smithy.

The building on Tupper Street has been not been used since 2015, as the new children’s hospital was moved to the Glen Site at 1001 Décarie Boulevard.