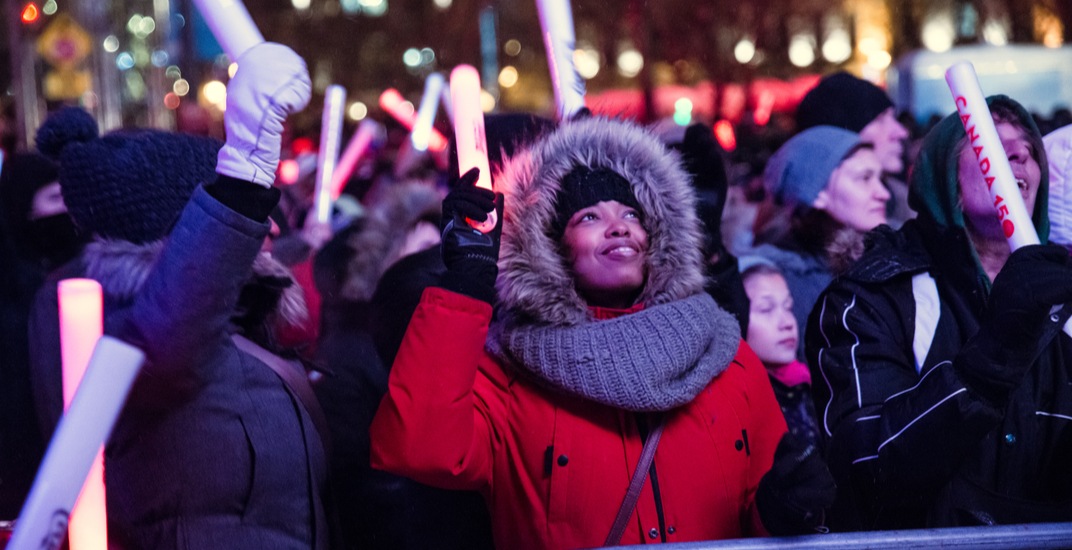 Despite the freezing temperatures, Montreal’s New Year’s Eve celebtrations are still on.

According to Environment Canada, the forecast for New Year’s Eve calls for a high of -33°C (with the wind chill) and a low of -26 °C in Montreal.

The extreme cold has resulted in other cities around Canada to cancel or scale back New Year’s Eve celebrations.

The festivities on Parliament Hill have been scaled back due to frigid temperatures.

But Montreal is still going ahead with its outdoor celebrations. Head down to the Old Port’s grand outdoor stage where you’ll be able to dance and party as a huge lineup of entertainers take the stage.

The countdown to midnight will feature an amazing light show on the Pont Jacques-Cartier followed by a huge fireworks show.

The New Year will kick off with the sounds of Champion et ses G-Strings. The Quai Jacques-Cartier will be transformed into a giant illuminated dancefloor where you can dance the night away until 2 am.

It’s going to be the best night of the year so get your party hats (and coats) on and ring in 2018 Montreal style!