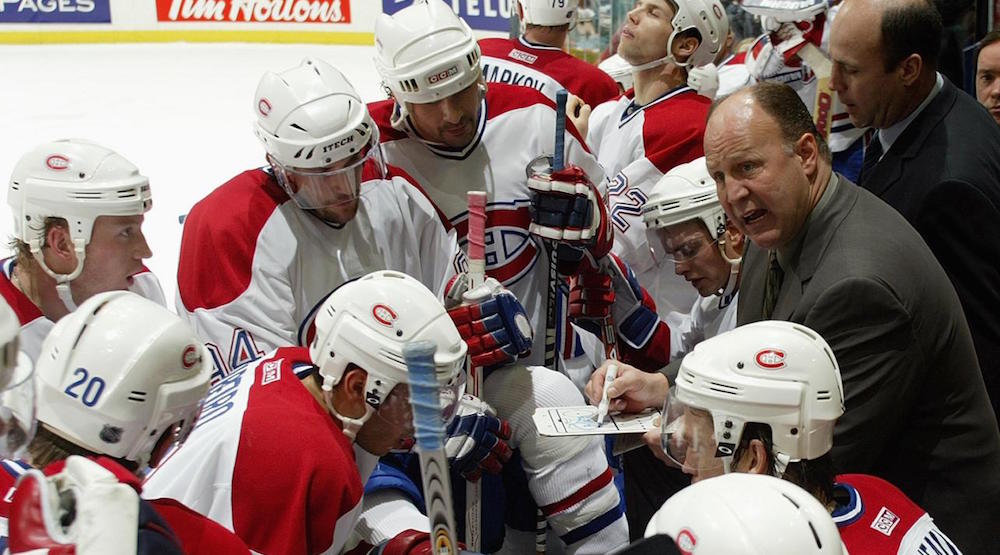 Because, for the second time, Claude Julien is the head coach of the Montreal Canadiens.

After getting fired just over a week ago by the Boston Bruins, many teams found themselves interested in the Stanley Cup championship-winning bench boss. With his history with the Canadiens, it made perfect sense for Julien to return to the team that gave him his first chance in the big leagues.

While Julien was Montreal’s coach from 2003 to 2006, he only coached one full campaign, the 2003-2004 season. Despite this, many people remember him as one of the best coaches Montreal has had in some time thanks to many memories in a short period of time.

Outdoor games are a dime a dozen these days in the NHL, with 21 taking place since Montreal and Edmonton became the guinea pigs. Montreal has bared the cold weather two other times in the past decade, but neither event was as popular as the first go-around in Edmonton in 2003.

Playing at Commonwealth Stadium in front of a crowd of 57,167 people, the largest crowd to ever watch an NHL game at the time, the Habs and Oilers braved −18 °C (-30°C with wind chill) to play an exhilarating contest. Richard Zednik and Yanic Perreault each scored twice, while Jose Theodore made 34 stops, to give the Canadiens a 4-3 win.

While his only full-season in 2003-04 saw its ups and downs, Julien managed to put together one of the more memorable Habs seasons from the past twenty years. Montreal’s playoff run in 2004, while not long, is still a lasting memory for many Canadiens fans still today.

The trade of Patrick Roy to Colorado in 1996 was a dark day for the club, who have yet to truly recover. In the years after the trade, the team missed the playoffs four times and never made past the second round.

So when Julien helped take a young Habs team to the playoffs, fans were excited. The playoff run that year began with a thrilling opening series against their rivals from Boston, a series that still sees highlights shown on Canadian sport networks today.

Ranked as a seventh seed, nobody expected the Canadiens to have much of a chance. In fact, the team was down 3-1 in the series at one point. But what did the Canadiens do? They regrouped and finished off the Bruins in seven games, resulting in one of Montreal’s most famous playoff victories ever.

The team would go on to get swept by the eventual cup champions from Tampa Bay in the second round, but it will easily go down as one of the hardest fought playoff series’ in Julien’s career.

The first season after the lockout, in 2005-06, looked good for the Canadiens out of the box. After 19 games, the team was sitting with a strong 13–3–3 record to make them an early season playoff contender.

But the season began going haywire after that. From November 10 to January 14, the team won just seven of 25 games, putting them just outside of a playoff spot with half the season left to go.

Theodore was simply not getting the job done anymore. The defence was struggling to keep the puck out of their zone. The team could score, but not enough when it counted the most. And thus, Julien’s time was done in Montreal… until now.