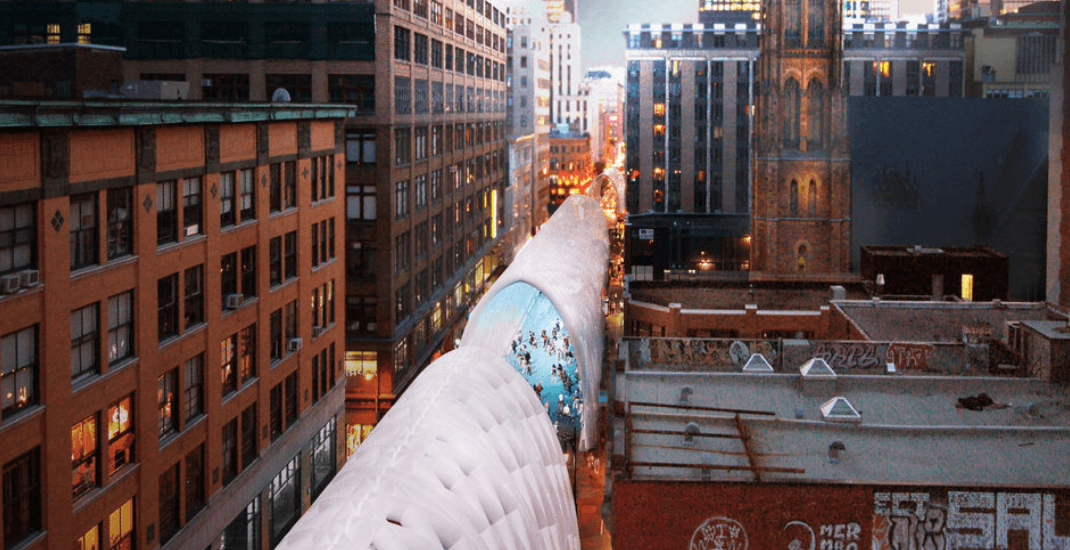 Mayor Valérie Plante and her team have scrapped a giant inflatable tunnel planned to go over Ste-Catherine Street West that was proposed by the Coderre administration.

The giant white tunnel, designed by architecture firm KANVA, was meant to make it easier to travel along the street during its $95-million makeover. The tunnel was estimated to cost $3.8 million. 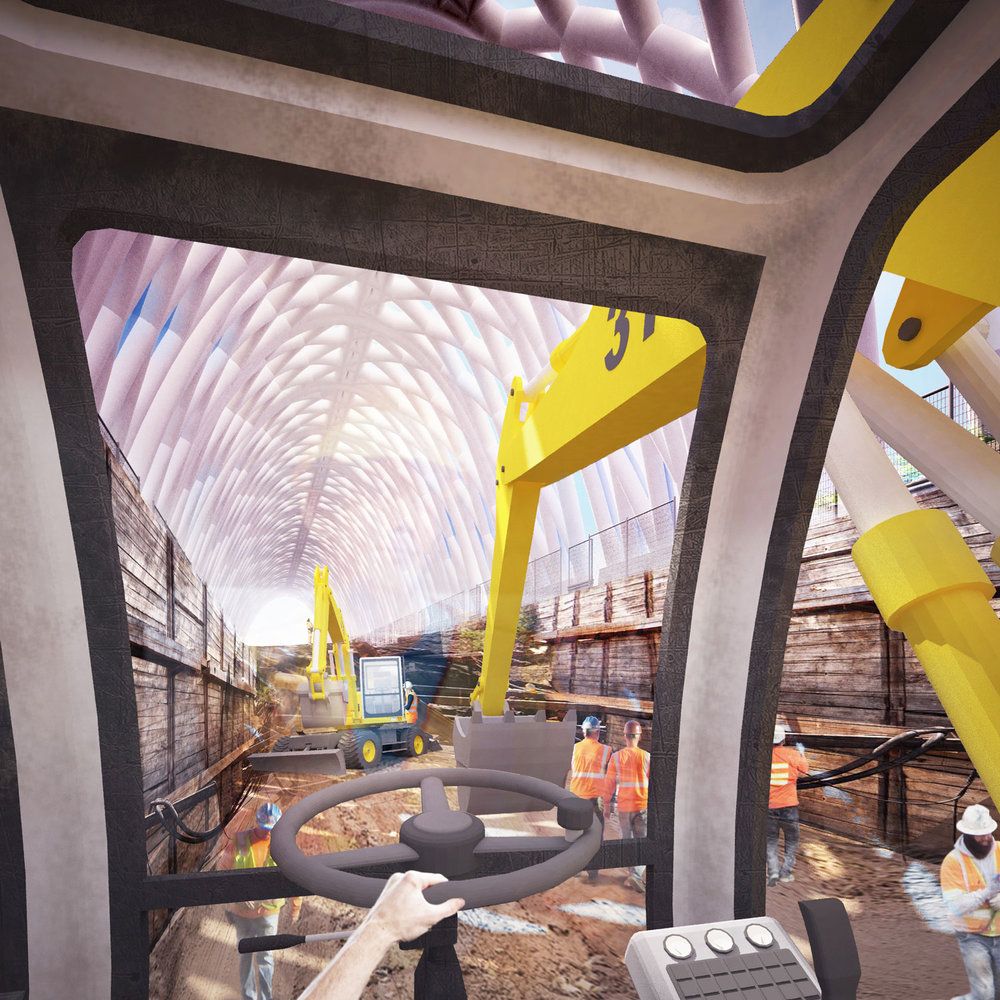 According to the Montreal Gazette, the current administration is not going through with the tunnel because it would speed up the process of construction.

Projet Montréal spokesperson Youssef Amane says the money meant to be spent on the structure will now be spent on making sure construction does not impact shopping and business along the street.

In total, the project spans 2.2 kilometres of Ste-Catherine Street, from Avenue Atwater all the way to Rue de Bleury. The entire project is estimated to be complete by 2022.