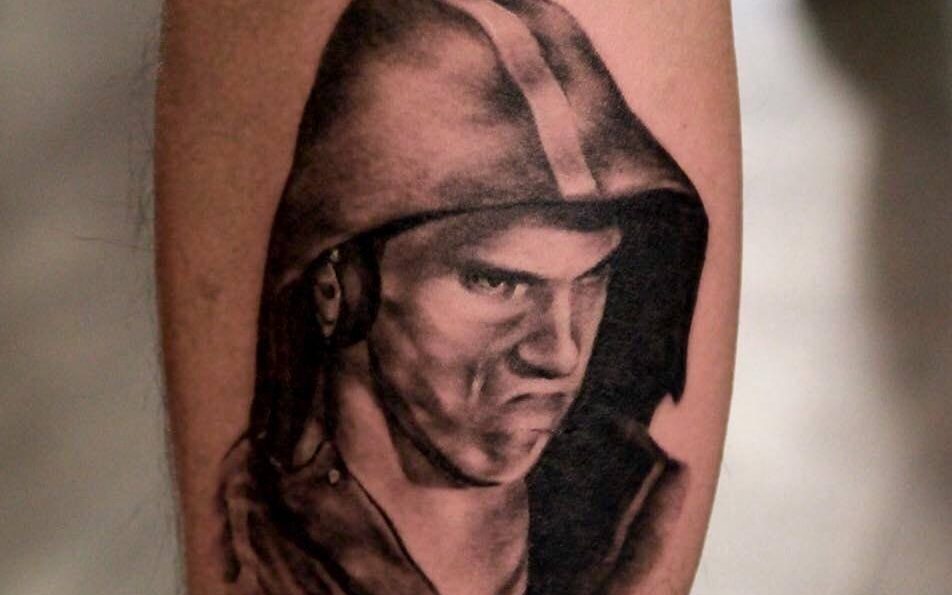 A Toronto man has Michael Phelps’ mean mug tattooed on his body.

Chronic Ink owner Ricky Fung and fan of the swimmer got the, now, infamous Phelps’ face permanently inked on his calf. The artwork was posted by Chronic Ink and the tattoo artist Livia Tsang.

And it wasn’t long before the man himself recognized the Torontonian’s work. On a Facebook live event, the gold medal Olympic swimmer gave a shoutout to Fung and Tsang’s art.

“Whoever got that tattoo, that tattoo is amazing,” Phelps said, around the 48-minute mark. “That is so cool, I never thought that would happen.”

Phelps’ mean mug was captured by cameras at the Rio Olympics as the American prepared for the finals for the 200-meter butterfly against Chad le Clos. The face has now become a global meme – and a tattoo.

And Phelps’ stinkface/meme face is part of Tsang’s impressive portfolio of art. Check out a few of the Toronto artist’s work below.

Thanks @baileyannmariemyers for sending over this healed photo of the Howl’s Moving Castle piece from last month! I had a lot of fun working on this piece 😊 ___ #tattoo #healed #healedtattoo #ghibli #studioghibli #howlsmovingcastle #howl #colour #colourtattoo #illustration #torontotattoo #girlswithtattoos #inked #chronicink

Look who came to get tattooed today! Thanks @shawnmendes for being a gem.