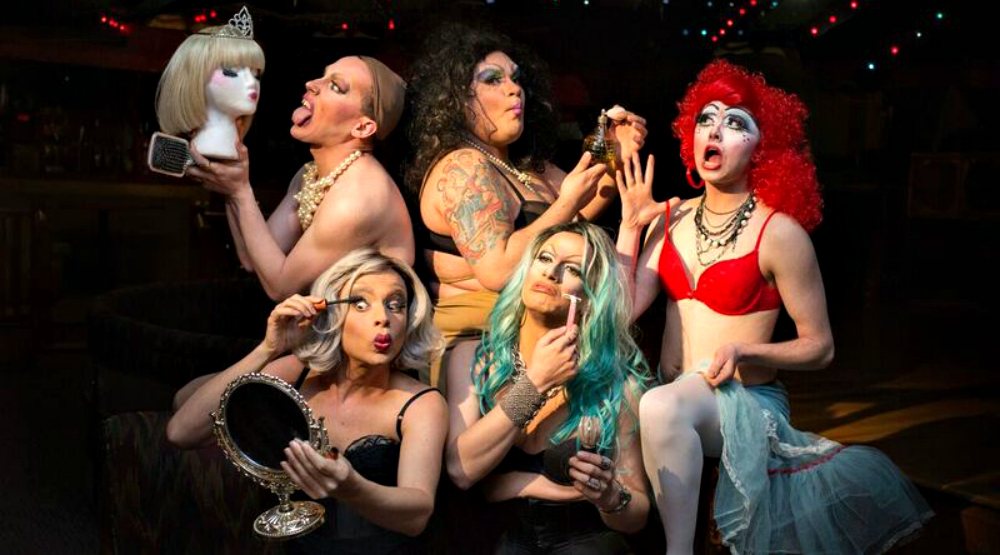 Now that the Holidays are over and done with it’s time to see what else is happening in the city on the cultural front.

For its 20th anniversary, Centaur Theatre’s Wildside Festival, running from January 5 to 15, presents one of the most eclectic lineups I’ve ever seen for a festival that is routinely packed with wacky, zany, and off-beat productions.

This year’s themes cover a wide gamut, dealing with female, cultural, and sexual identity, family relationships, journalistic responsibility, the search for authenticity, and misunderstanding the marginalized.

Centaur’s Artistic and Executive Director, Roy Surette, who will be leaving the Montreal theatre company after this season, and co-curates the lineup with Johanna Nutter, explains it best.

“Given recent events south of the border, this couldn’t be a more opportune time to present a series of exciting new works that focus on inclusion and understanding of ‘the other’. We have artists with Japanese and Serbian roots, emerging and established artists, and —a treat and a real first for us—an original play performed by students with developmental challenges. Some productions are based in real events provoking complex questions and further discussion while other stories are incredibly personal, speaking to the universal desire for love and acceptance while we seek to discover our unique individuality and reach for our dreams.”

Having attended more than my share of Wildside Festival shows (and certainly many Montreal Fringe shows, from which many of these shows have been selected) I can attest to the originality and artistic value of what will be available.

The shows that I’ll be looking out for are: 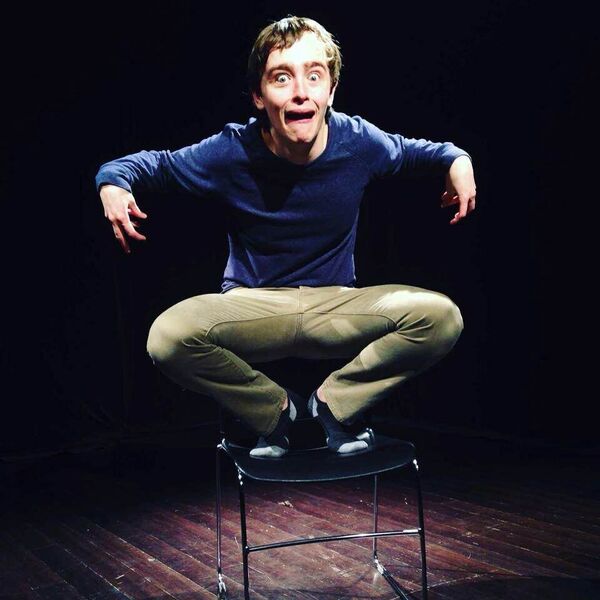 Presented by 32-Hour Theatre Company (Montreal) and written and performed by Laurent McCuaig-Pitre and directed by Ed Roy, this 60-minute production is inspired by the short life of war photographer, Kevin Carter, and the effects his Pulitzer Prize-winning photograph of a starving Sudanese child had on his psyche.

“A Perfect Picture was one of the more unforgettable moments of the evening, as a “vulture” whipped up audience hilarity before delivering a shockingly dark punchline,” a Montreal Gazette review stated during this summer’s Fringe.

EMPIRE OF THE SON

Presented by Vancouver Asian Canadian Theatre (Vancouver) and written and performed by Tetsuro Shigematsu, this is the story of two generations of broadcasters and the radio silence between them. Inspired by a series of audio interviews he conducted with his emotionally distant father towards the end of his life, Tetsuro takes audiences on a funny and emotional journey into the parent/child relationship, adeptly playing multiple roles in a production many are saying is one of the best shows ever out of Vancouver. 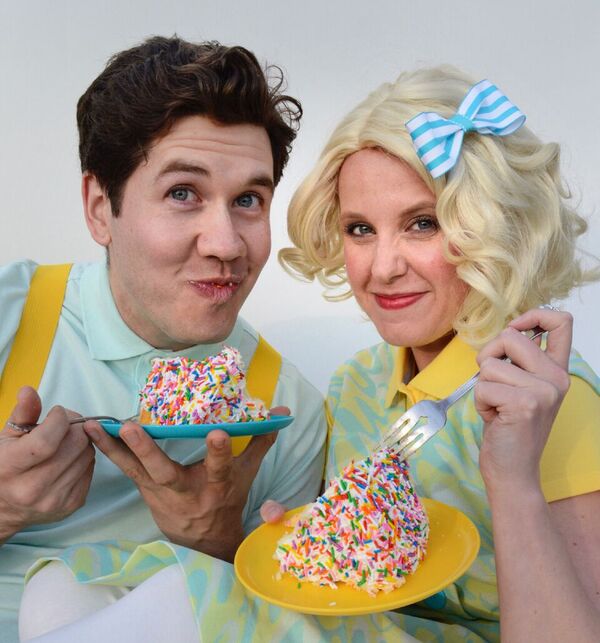 A 60-minute production from Ottawa described as a “comical children’s show for adults”. Created and performed by Kate Smith and Will Somers. It contains mature content and despite its catchy tunes actually has serious undertones.

This is a 90-minute production presented by the Summit School Performing Arts (Montreal) and created and directed by Jesse Heffring and Dara Murphy. Trey hates going to a school for youth with developmental disabilities so he decides to ditch a fieldtrip and four of his fellow students follow along. Will this be an epic adventure or a total disaster?

Featuring students with developmental difficulties, this is a real treat – both for the audience and the actors on stage. Johanna Nutter calls the show a masterclass in authenticity. “Outta Here proves that we can put on a show like anyone else and it can teach people how some of us feel,” says Summit School student actor Dellon Paterson. 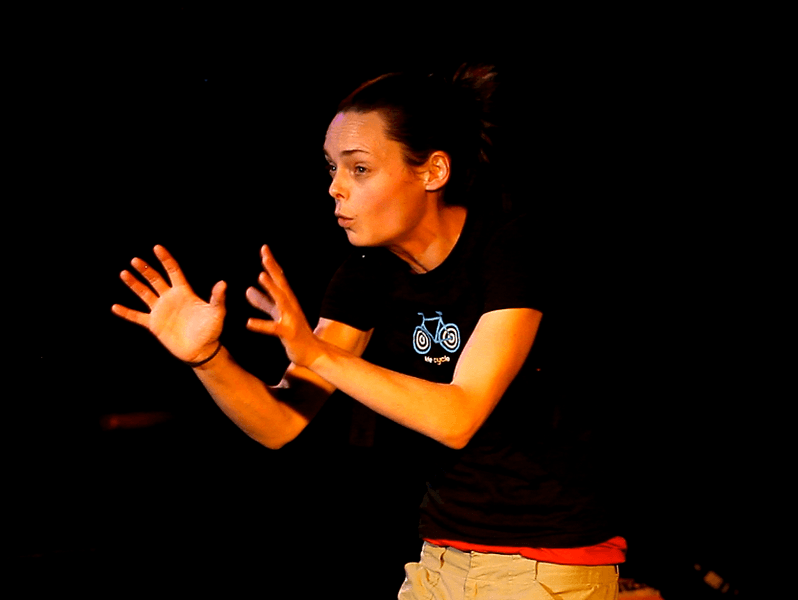 Full disclosure: I was part of the Centaur Theatre’s Best of the 2015 Fringe Festival selection jury this past summer and after seeing close to 30 productions in a short span of 10 days and debating furiously over our choices, Self-Exile was my (and many others’) first place winner.

The 60-minute production presented by Yarn Productions (Montreal) and written and performed by the exquisite Nisha Coleman is a beautiful reminder that at the end of the day theatre is nothing more than riveting storytelling. Coleman asks the question, “Is it better to be loved for who you are not, than to be rejected for who you are?”

Standing all alone on the stage with nothing more than her compelling and immensely likeable presence and a few handy props to tell her stories Coleman transports the audience from a swamp in Northern Ontario through her own key life events, and ending up in the streets of Paris. Self-Exile is a humorous and yet moving exploration of identity and alienation, and ultimately a celebration of finding who you are and what matters to you. I highly recommend it.

Conceived and performed by Tina Milo (Montreal) and directed by Dijana Milošević, The Village is a powerful one-woman show, which premiered at Vancouver’s Fire Hall Arts Centre last February and has since toured to India, Denmark, Montenegro, Serbia, and Ottawa. Tina’s Serbian heritage infuses this darkly humorous account of an actress auditioning for the role of a depressed woman, bravely venturing into the emotional abyss we all find ourselves in at one point or another. It’s a unique blend of physical theatre, live music, and film, exploring the often confining roles that women adopt but which frequently threaten their true hopes and dreams.

Where, when and how much

The Wildside Festival is a wonderful opportunity to get your theater on without breaking the bank. Productions are both very affordable and quite short in length, making it extremely easy for theater buffs to catch more than a few shows during the festival or even on the same night.