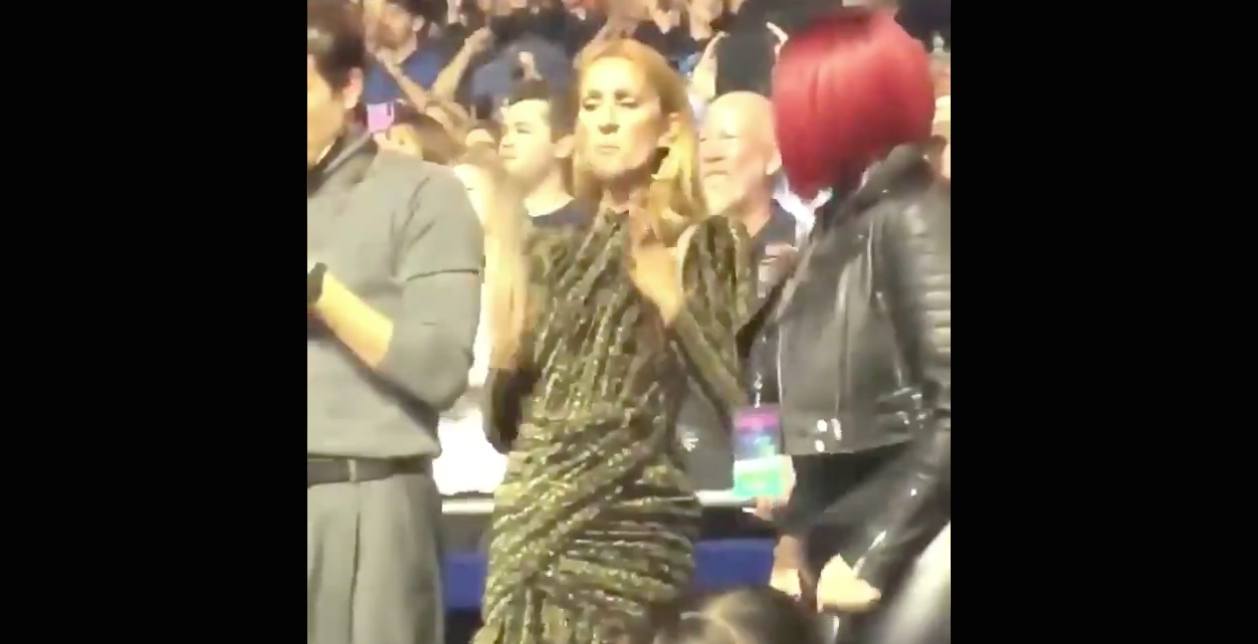 The 50-year-old Quebec diva was filmed grooving and singing along to Lady Gaga’s “The Edge of Glory” song during the opening weekend of her “Enigma” Las Vegas residency this weekend.

In various videos posted to social media, one by Dion herself, the pop star is seen with her hands in the air, fist pumping, and striking a pose.

Dion took to Instagram after the dance-fest and said of Lady Gaga, “Your energy on stage is contagious and you literally took my breath away.”

As Gaga launches her own series of Las Vegas concerts, Dion is preparing to say goodbye to her eight-year-long residency this summer.

Celine Dion living her best life during “The Edge of Glory” at #Enigma tonight! pic.twitter.com/yRaM2E8TbN