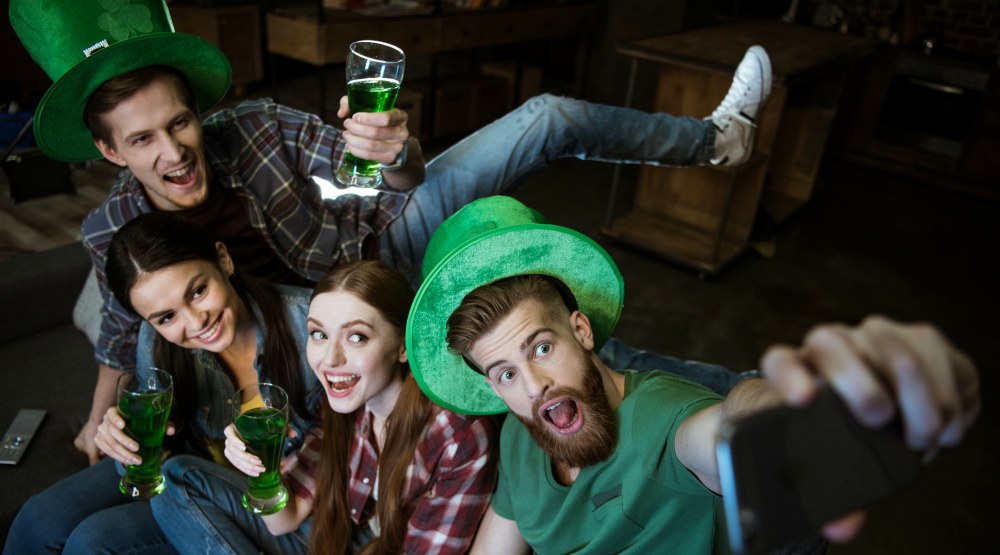 If there’s one thing Montreal knows, it’s how to celebrate St. Patrick’s Day. In addition to the annual parade that has been going on for nearly 200 years, the entire city (and all of its bars) come alive for St. Paddy’s weekend.

Check out 9 places to celebrate St. Patrick’s Day in Montreal.

2017 marks the 20th anniversary of McKibbon’s St. Patrick’s Day celebrations and you can bet it’s going to be a great one! The fun starts at 6am this year, with a special St. Paddy’s breakfast that includes an Irish coffee. From 10am until 10pm, there will be live Celtic music played all day long. The fun continues on March 18th and 19th, where a continuous string of live music will be performed. And of course, McKibbon’s is known for their green beer. Get ready to do an Irish jig because all that music and beer is certainly going to make you want to dance.
When: March 17-19
Where: McKibbon’s, 1426 Bishop St and 3515 St Laurent Blvd

As per usual, Crescent staple Sir Winston Churchill is guaranteed to be packed come Sunday, March 19th. After watching the parade, be sure to head to this downtown pub and take advantage of their Irish-style buffet, live music, and themed drinks.
When: March 19
Where: Sir Winston Churchill, 1459 Rue Crescent

Club Le CinQ is throwing a massive St. Paddy’s Day bash on March 17th. The event gets sold out every single year and for good reason. As one of the most festive parties in the entire city, Le CinQ’s St. Patrick’s Fest features free St. Patrick’s Day swag, leprechaun entertainers, and drink specials. Tickets start at $10 a piece.
When: March 17, 10 pm
Where: Club Le CinQ, 1234 Mountain St

Kicking things off Friday night at 9:30, Hurley’s Irish Pub will be filled with live Celtic tunes for the entirety of the weekend. If you’re planning to bar hop, be sure to head here before or after Winston Churchill’s as they’re only mere minutes from one another.
When: March 17-19
Where: Hurley’s, 1225 Crescent St

Montreal pub, the Irish Embassy, is hosting their annual St. Patrick’s Day bash. Starting at 6am on Friday, March 17th, the pub invites you to join them for breakfast (featuring Irish coffee). Starting at 4pm, there will be live music, and of course lots of beer. On March 19th (the day of the parade), the fun continues with more breakfast and live music. Most importantly, there is no cover charge on any given day.
When: March 17 and March 19
Where: Irish Embassy, 1234 Bishop St

Head to Rue Crescent for the St. Patrick’s Day clubbing event of the decade. Jet Nightclub is hosting a massive party with thousands of people. The club has two floors and will be playing music ranging from Top 40 to hip hop. Plus, there will be a professional photographer. Remember to wear all the green things you own! Tickets start at $15.
When: March 17, 10pm
Where: Jet Nightclub, 2020 Crescent St

The ultimate party, St. Paddies Baddies is going down in Old Port this St. Patrick’s Day. Rather than your typical pub party, St. Paddies Baddies boasts an open bar for the entirety of the evening. The event is hosted by Incognito Events and is being held at an exclusive, unnamed location in Old Port. Be sure to show up with your game face on.
When: March 17, 10:30 pm
Where: 385 Rue Saint Paul E

Celebrate St. Patrick’s Day with a good old fashioned whiskey tasting. Studio 77 in Pointe Claire is hosting an exclusive whiskey tasting event for just 15 lucky people. There will be over 5 types of Irish whiskey to sample along with food for each person. Learn a little about Irish culture and drink something other than green beer this St. Patrick’s Day!
When: March 16, 7-9 pm
Where: Studio 77, 271 Lakeshore Dr

The traditional way to celebrate St. Paddy’s in Montreal? The annual St. Patrick’s Day Parade! This year, it’s taking place on on March 19th since the real St. Patrick’s Day falls on a Friday. Organized by the United Irish Societies of Montreal, the parade will begin at the corner of Saint Catherine and Rue Fort at 12pm sharp, and proceed along Sainte Catherine, finishing at Rue Bleury. If it’s anything like the previous years, you can expect everything from dancing leprechauns to Gaelic music.
When: March 19, 2017, 12 pm
Where: Sainte Catherine Street