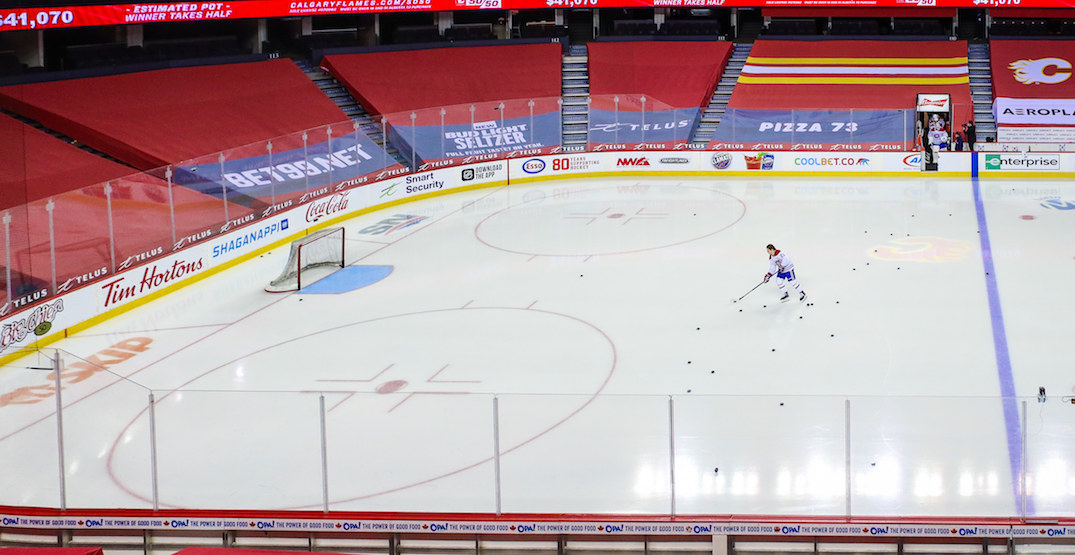 Before his first NHL game, Montreal Canadiens forward Cole Caufield got pranked by his teammates when he was forced to start warmup without his helmet.

Caufield went on for his first warmup lap by himself while his teammates watched as many rookies have. However, it was not the plan for the 20-year-old to go without a helmet.

“It wasn’t my choice. [I] was in the room and my helmet wasn’t in sight,” Caufield said post-game. “It was kind of a joke they pulled on me. It was just a special moment and fun to spend with those guys.”

The 20-year-old signed an entry-level contract with the team on March 27, following another outstanding season with the University of Wisconsin. The 2019 first-round draft pick has played two games in the AHL with the Laval Rocket before spending most of his time on the taxi squad.

However, Caufield had no points in his NHL debut with 15:40 of ice time but did tie for a team-high in shots on goal with four. The Canadiens were able to stop their losing skid as they defeated the Calgary Flames 2-1.

Despite the lack of point production, Caufield’s teammates and coaches seem to enjoy him being around the team and thought he played well.

“I liked what Cole did. I thought he was solid,” head coach Dominique Ducharme said. “Played the game the right way and played hard.”

“He’s just a kid and he’s just happy,” Tyler Toffoli said. “I feel like every time I’ve seen him he’s been almost too happy. It’s too nice, so I think he just had fun. It’s something he’s going to remember forever, and he’s only going to keep getting better and better.”