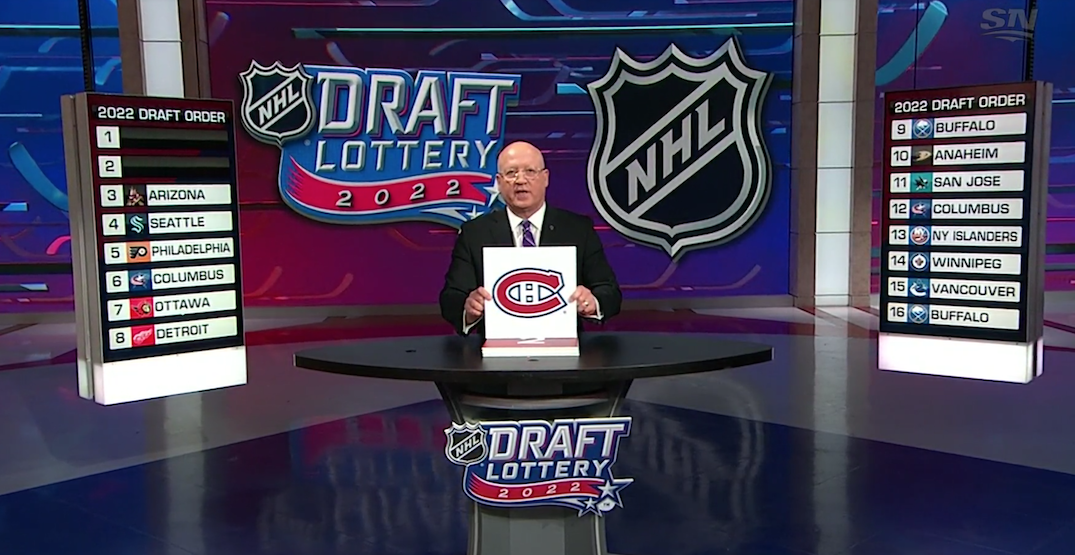 The Montreal Canadiens just had their biggest win of the season.

The Canadiens won the NHL Draft Lottery on Tuesday, securing the rights to the No. 1 pick in the 2022 NHL Draft and the first crack at selecting Shane Wright of the Kingston Frontenacs in the Ontario Hockey League.

The club hasn’t selected No. 1 since picking Doug Wickenheiser with the first overall pick in the 1980 NHL Entry Draft.

Montreal was guaranteed a top-three selection entering the lottery, and had an 18.5% chance of winning the first overall pick.

They clinched the best lottery odds — and last place in the NHL — just 294 days after playing for the Stanley Cup last summer. They are just the fourth team in NHL history to finish in last place the season after going to the final. The Canadiens hadn’t finished last since the 1939-40 season.

Wright, the consensus top pick, is No. 1 in NHL Central Scouting’s final ranking of North American skaters for the 2022 draft, is almost universally expected to go first overall.

The 6-foot-1 forward, whose style of play is being compared to Patrice Bergeron, scored 32 goals and 94 points over 63 games in the OHL this year. He had one assist in two games at the 2022 IIHF World Junior Championship before the tournament halted due to concerns over COVID-19.

He’s on board with joining the Canadiens.

Juraj Slafkovsky of TPS of Liiga, Finland’s top professional league, is No. 1 among International skaters on Central Scouting’s list.

The 2022 NHL Draft, fittingly enough, is being held at Bell Centre in Montreal on July 8 and 9.