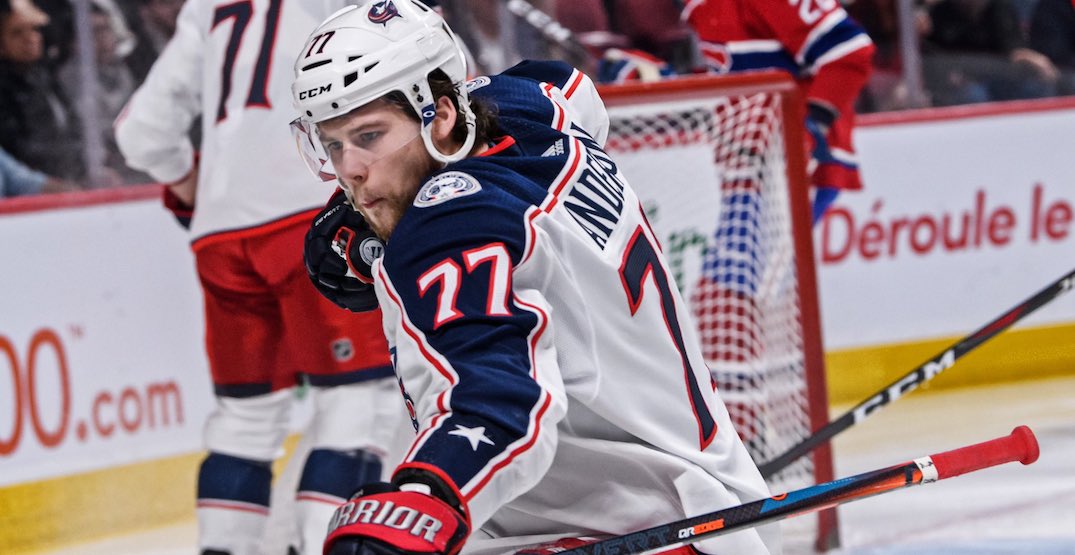 The Canadiens gave up a lot to get Josh Anderson from the Columbus Blue Jackets, and now they’re paying him a lot to keep him in Montreal for the foreseeable future.

The Habs have signed Anderson to a seven-year, $38.5 million contract that will carry a $5.5 million cap hit.

The Canadiens have agreed to terms on a 7-year deal with forward Josh Anderson. (AAV $5.5M).

Anderson, who was acquired by the Canadiens two days ago in a trade for Max Domi and a third round pick, is a 26-year-old power forward. He only has 115 career points in the NHL, but scored 27 goals in 2018-19.

The 6-foot-3, 222-pound winger was injured for much of last season, playing just 26 games and scoring only four points.

Domi signed a contract extension with the Blue Jackets yesterday, a two-year deal worth $5.3 million per season.