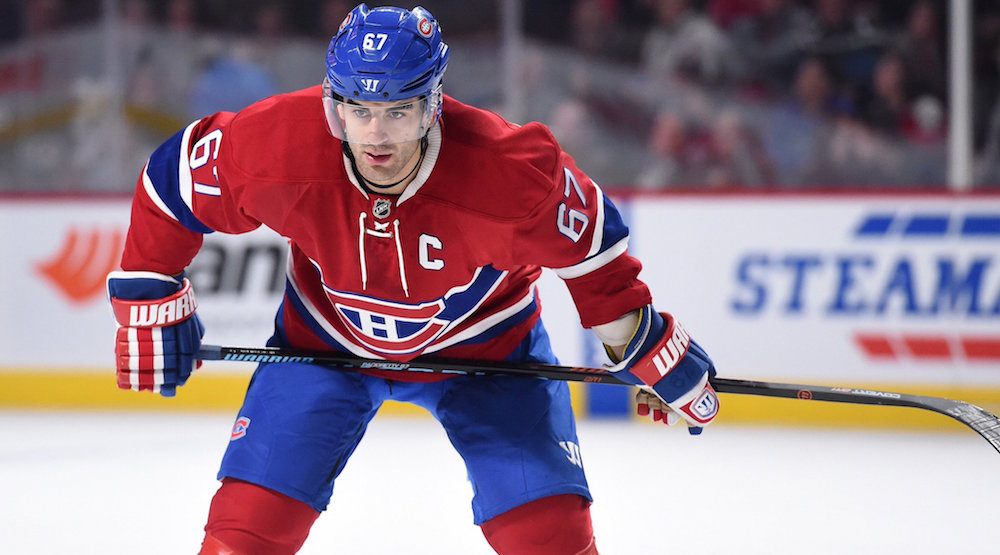 The Montreal Canadiens have the same odds of making the playoffs as Tide Pods do of becoming a Super Bowl snack.

It’s not going to happen.

In one week, the Habs’ playoffs hopes were extinguished. From January 13-20, they played their rival Boston Bruins three times in five games and had hopes of turning their lacklustre season around.

They followed that up with a win over the surprising Colorado Avalanche, but fell back to their losing ways 6-5 to Carolina on Thursday, causing even diehard fans to throw in the towel.

It’s time for the team to go in a different direction; they’re on the right path, just walking too slow. Since fans in Montreal would never agree to a rebuild, this disastrous season could lead to a quick retool.

On Calgary radio, @FriedgeHNIC says that Bergevin is the most active already among all GMs. He is, he says, working on the rebuild. He adds apparently only Price and Mete are untouchable.

Things aren’t as bad as they seem; they have Carey Price and Shea Weber locked up long-term and eight established players who aren’t yet 26:

With the trade deadline approaching, the Canadiens should make some moves and tinker their roster to turn the franchise around, retool, and have the team ready to compete again in 2018-19.

Marc Bergevin was once praised for bringing in players like Dale Weise, Thomas Vanek, Paul Byron, Jeff Petry, and Philipp Danault but things have since soured.

The Canadiens are currently in year six of Bergevin’s five-year plan and the product on the ice is not good. He has since dished off P.K. Subban and Mikhail Sergachev while letting Alexander Raduov and Andrei Markov slip away. The Canadiens need a new boss in the front office to lead a new system. Bergevin’s final act as GM could be starting the retool at the forthcoming deadline. He could leave his replacement with plenty of draft picks in this summer’s draft.

Keep an eye on Montreal native Julien Brisebois, currently the assistant GM with the Tampa Bay Lightning, to steer the ship back on track.

Tomas Plekanec has been a reliable soldier for the Canadiens during his 13-year tenure with the club. At 35, he’s no longer a threat to put up 70 points but he still has value.

Plekanec is a durable, consistent, defensive centre who pairs up well versus opposing team’s top lines. He’s fantastic in the face off circle and is equally effective on the penalty kill.

Currently in the last year of his contract, the Czech Republic native is arguably the best rental centre available on the market for teams looking to add depth down the middle. He shouldn’t be swapped for anything less than a second round pick or a mid-level prospect.

The Habs could start preparing for next year by promoting their minor league players to the big club this season.

They have three 22-year old assets currently playing with their minor league affiliate, Laval Rocket. Russian sniper Nikita Scherbak, the 26th overall pick in the 2015 draft has 26 points (6-20-26) in 21 games this season. Defenceman Brett Lernout, uses his big 6-foot-4, 205-pound frame to muscle his opposition to the outside and isn’t scared to bury players into the boards. Michael McCarron is a 230-pound centre who’s being groomed as the defensive forechecking type that the Canadiens love to employ.

Get these three players some NHL ice time this season now, when it doesn’t matter, to further their development for when it does.

Besides the untouchables of Price and Weber, Max Pacioretty has the most value on the Canadiens.

Pacioretty is one the most proficient goal scorers in the NHL, having scored 30+ goals in four straight seasons and is on pace for number five. Pacioretty’s club-friendly contract ($4.5 million through 2019) means contending teams could get two years worth of Pacioretty in the playoffs. With Evander Kane’s return price too high, #67 is the No. 1 option as trade bait.

The Canadiens could receive a combination of a first and second round pick, prospects and/or NHL-ready talent by swapping out their captain.

5. Dish off the depth

Contenders are going to want depth pieces for the playoffs.

Every UFA player on the Canadiens should be traded away for even more picks in the draft. Jordie Benn is an affordable, experienced defenders who eats up minutes. He’s a perfect bottom-four defenceman for teams looking to add depth on the backend.

Nicolas Deslauriers has been arguably the brightest spot of the Canadiens dark season. The Montreal native is a hard-hitting, spark-igniting grinder who has chipped in offensively, netting six goals and three assists in 29 games. Deslauriers would fit in very well on contending team’s fourth line.

Jakub Jerabek is another UFA who could help take the workload of a contending team’s blueline. Any return the Habs net on either UFA would be an added bonus.

6. Keep Drouin on the wing

Bergevin traded away the Canadiens’ number one prospect, Sergachev, to get a 22-year old, French-speaking natural winger in Jonathan Drouin.

He’s not a centre, so keep him on the wing. It’s as simple as that.

William Bitten, 19, is another Canadiens prospect who has 16 goals and 35 assists in the OHL.

Evans and Bitten are both natural centres who deserve a chance at cracking the Habs’ NHL roster. Both players need to be signed by August 15th or they become unrestricted free agents. It’s a simple case of low-risk, high reward for two young players with tremendous potential moving forward.

The Canadiens are currently in sixth from the bottom in the entire NHL standings. As embarrassing as that may be, they’re in line to nab a top-five pick in a deep draft. The pool is highlighted by Rasmus Dahlin, Andrei Svechnikov, Filip Zadina, and Brady Tkachuk – all highly touted prospects.

This abysmal 2017-18 season will only really hurt if the franchise remains status quo. A lost season doesn’t seem so bad if it brightens up the Canadiens’ future.

Le bleu, blanc et rouge and Brady Tkachuk would look real nice together. And we don’t mean Tide Pods either.