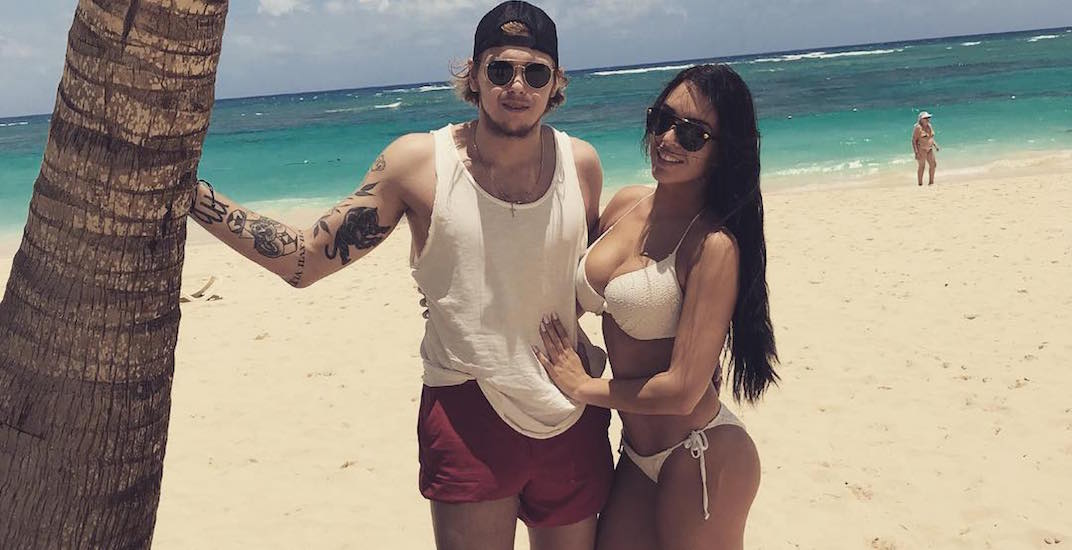 It can be difficult for Canadiens players to handle the pressure and spotlight cast by Montreal’s passionate fanbase and media.

The summer is their chance to relax, travel, and spend time with loved ones.

Here’s what they’ve been up to:

Explored the ice caves in Whistler on Thursday. Big thanks to my in-laws for taking me on this adventure and to @headlinemountainholidays for making it one I will never forget

Philip Danault’s one romantic man – travelling with his fianceé to Rome and Paris before taking her hand in marriage.

So lucky to have her for the rest of my life ❤️. @oraphotographie

In between those trips and his wedding, he also hosted a charity golf tournament that raised over $50,000. Here he is pictured with Jonathan Drouin, Mark Barberio, Jonathan Huberdeau, and Marc-Edouard Vlasic.

Suns out, guns out for Max Domi as he vacationed at Turks and Caicos in the Caribbean.

Artturi Lehkonen is home in Finland where he’s taken on a bet to challenge his childhood friend Santeri in 10 different sports. Should Lehkonen lose any competition, he’ll pay for his friend’s trip to Montreal.

It is on! We made a bet with my childhood friend @nipaofficial to play 10 sports throughout the time I am in Finland. If he wins me in at least one of them I’ll pay his trip to Montreal. He wanted to get back to shape and I thought what better way than a not so friendly tournament. I’ll post the updates as we go on😎 #ArsiVsNipa

The pair has gone through seven competitions thus far, with no victory in sight for Santeri.

Had fun in game 4 🐬 #ArsiVsNipa

Paul Byron swapped the skates for a police cruiser, as he and his son Brysen patrolled the streets of Montreal for a day.

Speeders be warned! Got a little radar patrolman in training 👮🚨

In June, he joined teammates Max Pacioretty and Nikita Scherbak as spectators for the Montreal Grand Prix. 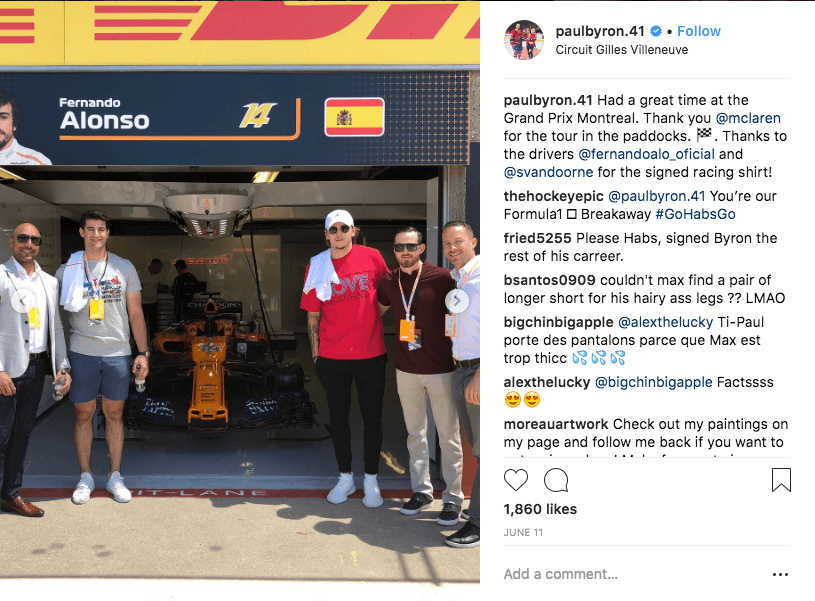 With knee surgery preventing him from training in the offseason, Andrew Shaw’s taken the opportunity to perfect his Fortnite skills.

Nothing better than a sound of a head shot! #shclink #squadgoals #clipit

If only he could snipe half as well playing hockey as he does playing video games. 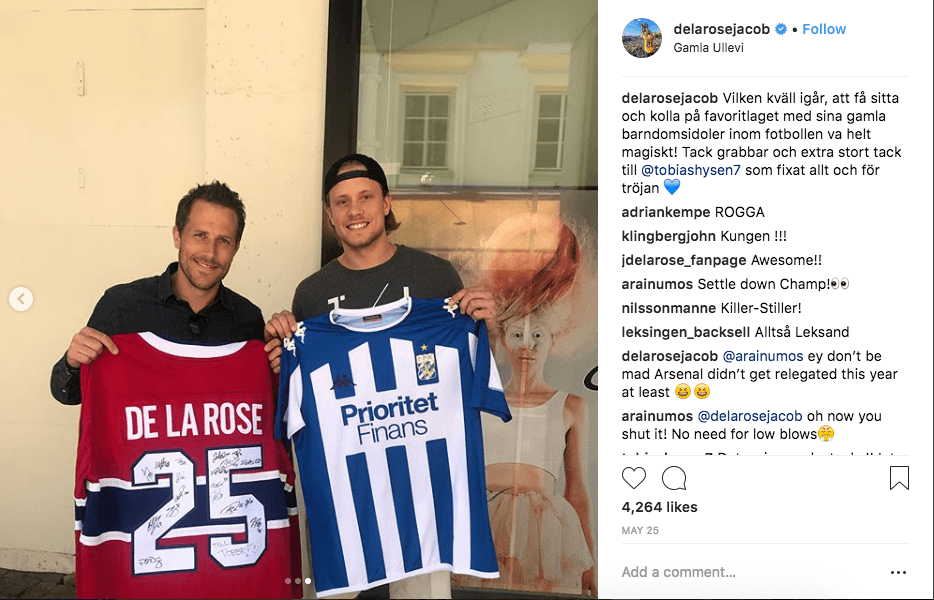 It’s been high tides and good vibes for Nikita Scherbak in the Dominican Republic.

He also picked up a new Frenchie named Oscar, who hands down wins cutest dog on the team.

Nicolas Deslauriers took time out of his summer to give back to the community by coaching kids and meeting fans.

Une belle rencontre avec mon ami Zachary et sa famille cet après-midi. On a parlé hockey, Canadiens et pêche! Je suis avec toi Zach! À bientôt! It was a pleasure Zach to talk with you about hockey, the Habs and fishing. Was also a pleasure to meet your family! My thoughts are with you and see you very soon! 👌@canadiensmtl @nhlpa @nhl #staystrong #inspiration #realhero #family #habsfamily

I’m guessing Tomas Plekanec feels a little too old for this Instagram stuff because he’s the only player on the team to have his social media account managed by someone else.

Regardless, the 35-year-old has trained hard off the ice after representing the Czech Republic at the World Championships; working on his fitness with Canadiens’ prospects.

Plekanec has since flown to his hometown of Kladno, where he’s taken a break from his training for a meet and greet with kids at a local hockey school.

Brendan Gallagher took a trip down to Boston to catch a Blue Jays game at Fenway Park. 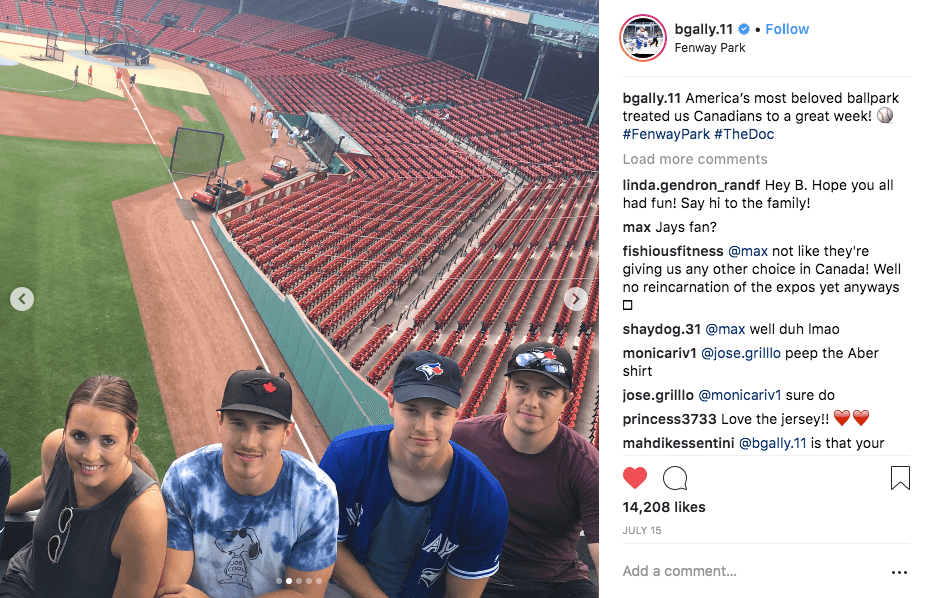 Jordie Benn’s taken the summer to work on a beautiful vintage car.

First stop @scotrodsgarage and now off to @detailwerkzdallas . Only the best for this beast, check them out !!!