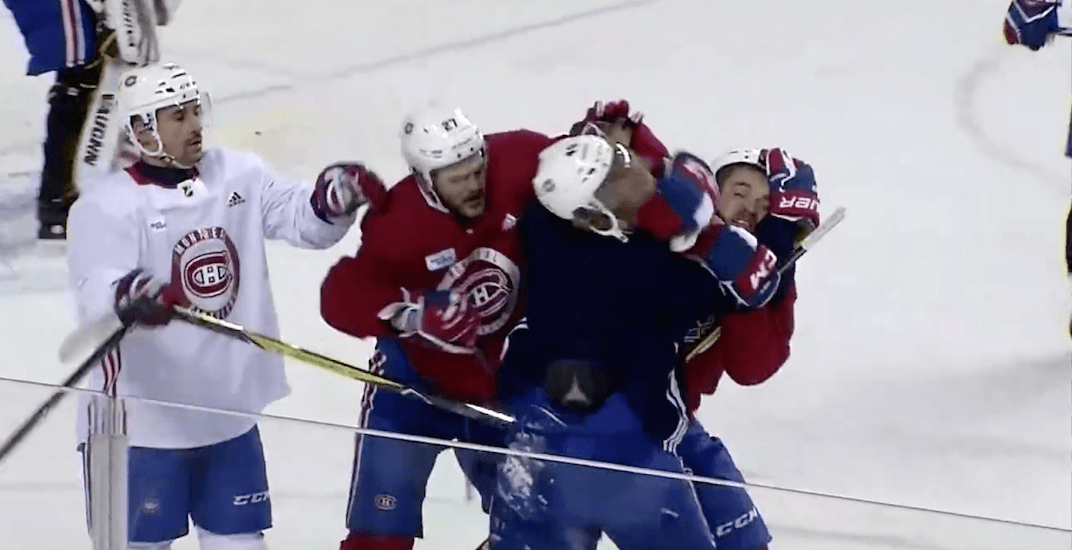 Things got heated during a Montreal Canadiens practice in Calgary.

The Habs, who will play the Flames on Friday, have some reason to be testy of late given they’ve lost four of their last six games.

Defenceman Joe Morrow and forward Andrew Shaw got into an altercation during one of the team’s drills, which was caught on video.

Visibly upset, Shaw slashed at Morrow’s stick before the two began to grapple. Luckily, no punches were thrown, although there was some aggressive face-washing going on. Alex Galchenyuk was the first to arrive on the scene as a peace maker, with Brendan Gallagher and Jordie Benn stepping in later.

It’s not unheard of for teammates on a struggling team to get into an altercation at practice, as an aggressive play – perhaps an overly aggressive cross-check – can cause tensions to boil over. Predictably the team downplayed the incident, but don’t kid yourself, it’s never a good sign.

“There’s nothing wrong with it,” said Canadiens head coach Claude Julien. “It’s players showing emotion and that happens every year, where ever you been it happens.

Morrow only recently returned to the lineup, playing against New Jersey last week and Vancouver on Tuesday. This is the first year the pair have played on the same team, as Morrow was acquired during the offseason.