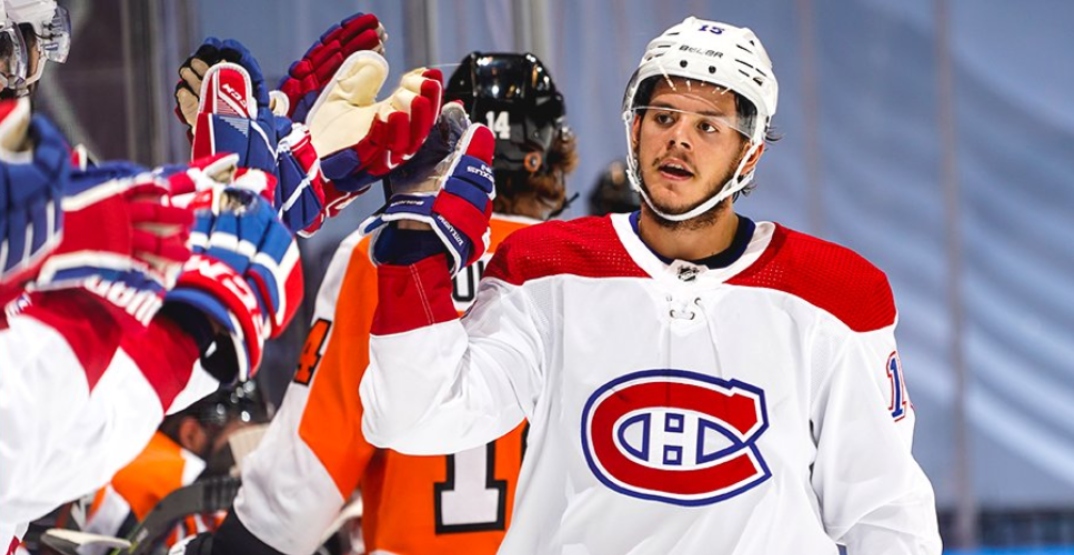 Having lost not only Game 1 of their Eastern Conference quarter-final matchup with the Philadelphia Flyers, but also their head coach, Kirk Muller and the Montreal Canadiens were able to bounce back. They blew out the heavily-favoured Flyers 5-0 on Friday afternoon, evening their best-of-seven series 1-1.

The Canadiens came out strong to start this one and got rewarded with an early goal. Just 1:02 into the contest, Brendan Gallagher made a great play to keep the puck away from Travis Sanheim, then drove it to the net, and Tomas Tatar was there to put home the rebound.

That was a big goal not just for the Canadiens but for Tatar. He was Montreal’s leading scorer in the regular season with 61 points in 68 games, but had been very quiet in the playoffs so far, with no points and just five shots on goal through the first five games.

The Habs continued to dominate the play and ended up extending their lead at the 12:36 mark when Jesperi Kotkaniemi knocked in a loose puck in front of the net for his third goal of the postseason.

After Tatar finally got on the board, Max Domi picked up his first career postseason point with an assist on Kotkaniemi’s goal.

The Flyers didn’t record their first shot on goal until they were on a power play with under four minutes to go in the opening frame. Montreal ended up outshooting Philadelphia 16-6 in a dominant first period and took a 2-0 lead back to the dressing room.

The Canadiens began the second period with 1:53 of a power play after a holding penalty by Shayne Gostisbehere late in the first. With 28 seconds left in it, Tatar sniped his second goal of the game off the post and in.

Welcome to the postseason, Tuna.

After the Habs’ power play looked terrible in going 0-for-12 in their series against the Pittsburgh Penguins, it found the back of the net for the second straight game against the Flyers.

Then with just over two minutes to go in the second period, Joel Armia — another Canadien who’d had a rough postseason so far — got his first goal of the playoffs with a fortunate bounce off Gostisbehere’s skate.

That goal ended Carter Hart’s night, as Philadelphia head coach Alain Vigneault put Brian Elliott in net after Hart allowed four goals on 26 shots, though he was hardly the Flyers’ biggest problem in this game.

With Montreal on a power play in the third period, Kotkaniemi kept the blowout — and his impressive postseason — going with his second goal of the night and team-leading fourth of the playoffs at the 10:35 mark.

Though the play of the rest of the team may get more attention today, Carey Price was also outstanding yet again, stopping all 30 shots he faced. Price posted his second shutout of the playoffs and seventh of his career, passing George Hainsworth for sole possession of third place on Montreal’s all-time list of postseason shutouts.

Whether they wanted to give Shea Weber a happy 35th birthday or just make this game easy on Claude Julien’s heart as he watched from back home in Montreal, this was an incredibly impressive performance by the Habs.