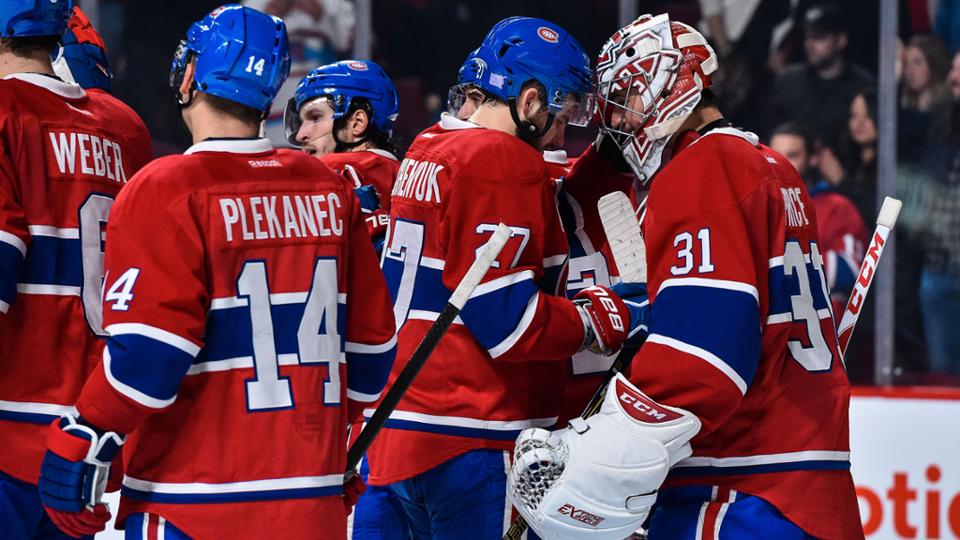 The Montreal Canadiens avoided a serious case of déjà vu last night by shutting out the Vancouver Canucks 3-0 on home ice.

The Canadiens began last season 9-0-0 before the Canucks snapped their win streak just shy of 10 games. This time around the Canadiens came into the game 8-0-1 and in search of their best start in franchise history. They got it done, but it wasn’t easy.

Carey Price was in peak form, making 42 saves for the shutout while the Canadiens sent just 22 on the Canucks net. The win made franchise history for the Habs, marking their best start to a season after 10 games.

Their 19 points this season tops the previous team record of 18 after 10 games – a mark that was set in 1943 and matched again last season.

The win also matches a few other records. It marks the fourth time the franchise has collected points in each of their first 10 games in a season. In addition, the Canadiens also became just the second team in NHL history to win at least nine of their first 10 games in consecutive seasons, and the first since 1927. Turns out last season was good for something after all.

Price also added to his ever-growing legacy. The 42-save clean sheet was the 37th shutout of his career, and his fourth with 40+ saves. Not too shabby.

Starting to think Carey Price will have better stats this season than he had 2 seasons ago. He's most dominant player in NHL. No question 💪🏻

Price’s statline is just ridiculous. He is 6-0-0 with a 1.17 GAA and .964 SV%, and now has his first shutout of the season. Incredibly, he hasn’t lost a game since October 29th… of last year! Including the World Cup of Hockey, that’s 14 straight wins for Price.

The Canadiens still have a long season ahead, and as they learned the hard way last season,  a hot start doesn’t guarantee a playoff spot.

By all accounts though, the Habs appear more well-equipped this season to deal with injuries and overcome adversity, and look poised to get back to the playoffs.