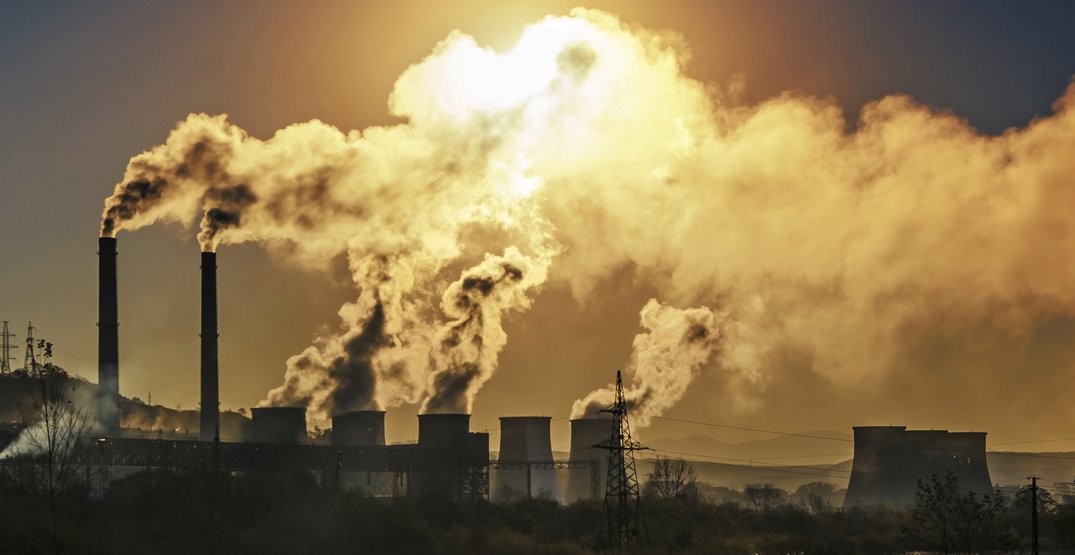 In the wake of a controversial a carbon tax implemented in some provinces, and ahead of a heated federal election in a few months, a new poll is showing some whopping results stressing how important the issue of climate change is becoming to Canadians.

According to the poll, which was conducted online by market research firm Abacus Data, 82% of Canadians see climate change or global warming as a ‘serious’ issue facing Canada, the second most serious issue in the country behind only the rising cost of living.

The 82% compiles a combination of 47% of Canadians who cited it as an “extremely serious” problem and 35% who said it was a “serious problem.”

The poll was commissioned by Seth Klein, an adjunct professor with Simon Fraser University’s Urban Studies program. It was conducted through an online survey asking participants various questions about their perspective on climate change, surveying 2,000 Canadian adults aged 18 to 20 during a three-day period in July. The margin of error is +/- 2.19%.

Perhaps most striking though, is the number of Canadians that feel climate change is a national emergency. Forty-two percent see climate change as an emergency now, with only 12% saying it’s not something deserving of any concern.

The poll asked participants about steps that government policy should take in the future to combat climate change and greenhouse gas emissions, and the results were consistent with the high numbers who cite it as a problem.

On a general scale, 44% feel that Canadians should produce energy and electricity using 100% clean and renewable sources like hydro, solar, and tidal, among others. A total of 37% support the move to sustainable power, but aren’t sure that completely producing that way it’s possible. Together, that means 81% of Canadians support a shift towards clean energy.

The poll also asked about specific policy changes such as banning the sale of gas-powered vehicles, and requiring new buildings to use electricity for heating.

Here are the results: 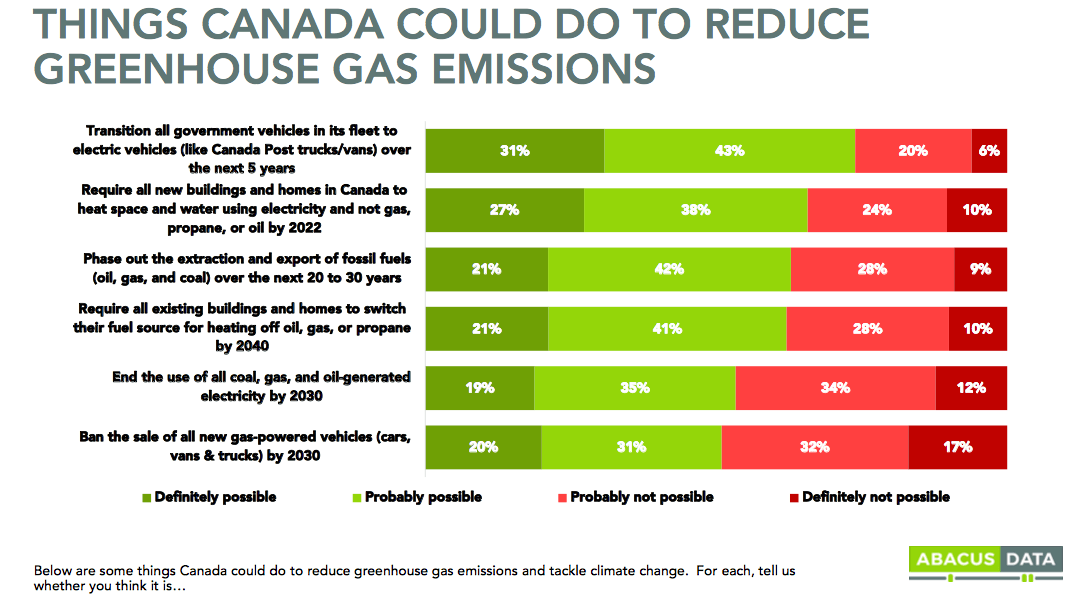 You can check out Abacus Data’s full report here.