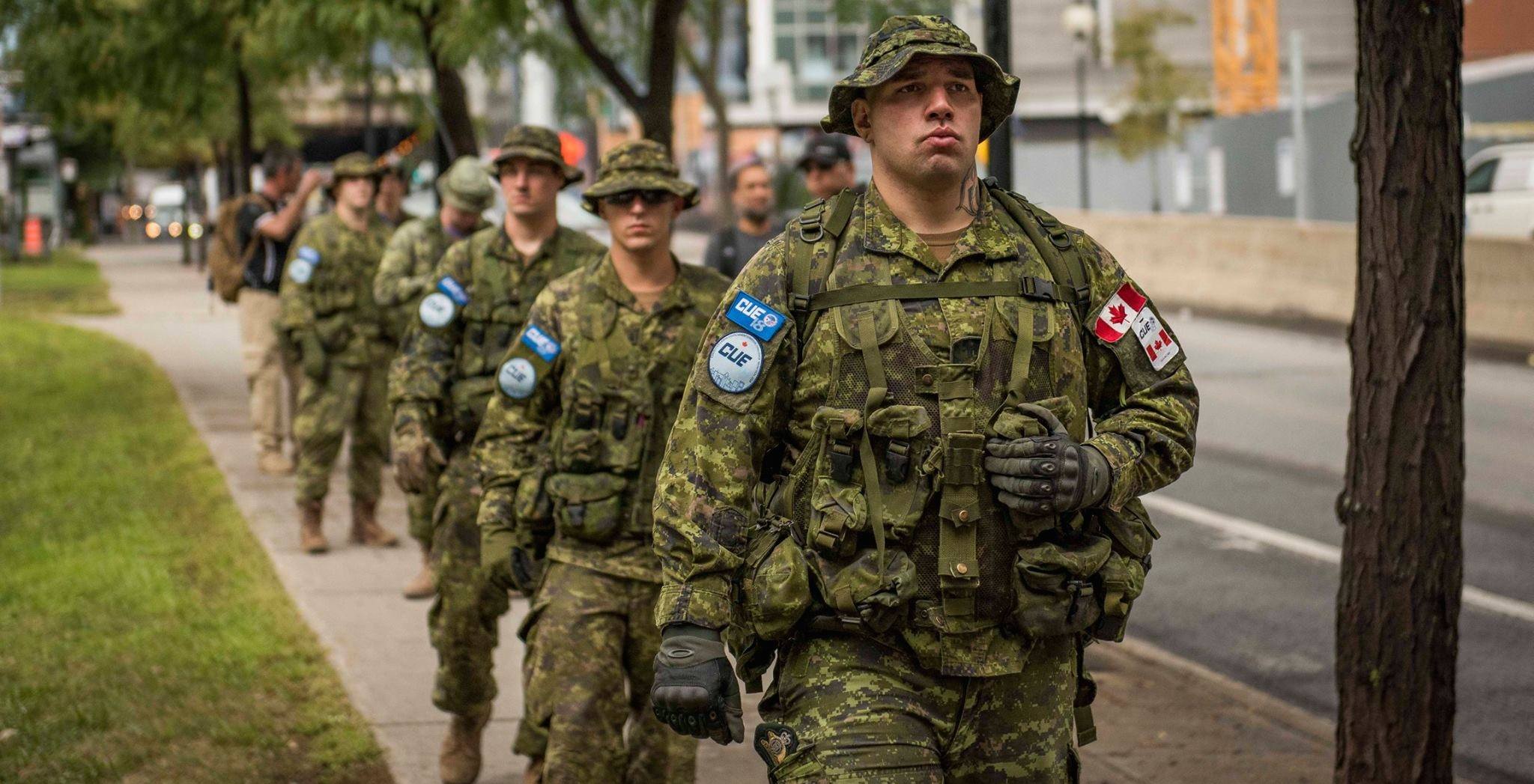 Don’t be alarmed if you see uniformed Canadian military troops patrolling the streets of Montreal throughout the week.

The CUE 18 aims to study new and emerging technologies that could improve the effectiveness of military personnel operating in the urban sector, while reducing the risk to both military forces and civilians.

The experiment consists of 150 soldiers, who won’t be armed, and more than 100 researchers who will be testing out cameras, drones and sensors.

Many of the soldiers are from Quebec and the researchers are from the five countries in the Five Eyes intelligence alliance that includes Australia, Canada, New Zealand, the United Kingdom and the United States.

The operation will be testing out practical equipment for soldiers, such as an exoskeleton that makes it easier to carry heavy loads as well as chemical and biological agent detection, in case of an attack or a leak in metropolitan areas.

To simulate a chemical release for example, the program will use powdered egg whites.

The researchers will be working both day and night with the majority of the work taking place at Mont Royal Belvedere and Silo No. 5 in the Old Port.

At the time, the public may be prohibited from entering certain areas.

The exercise is expected to conclude by September 21.