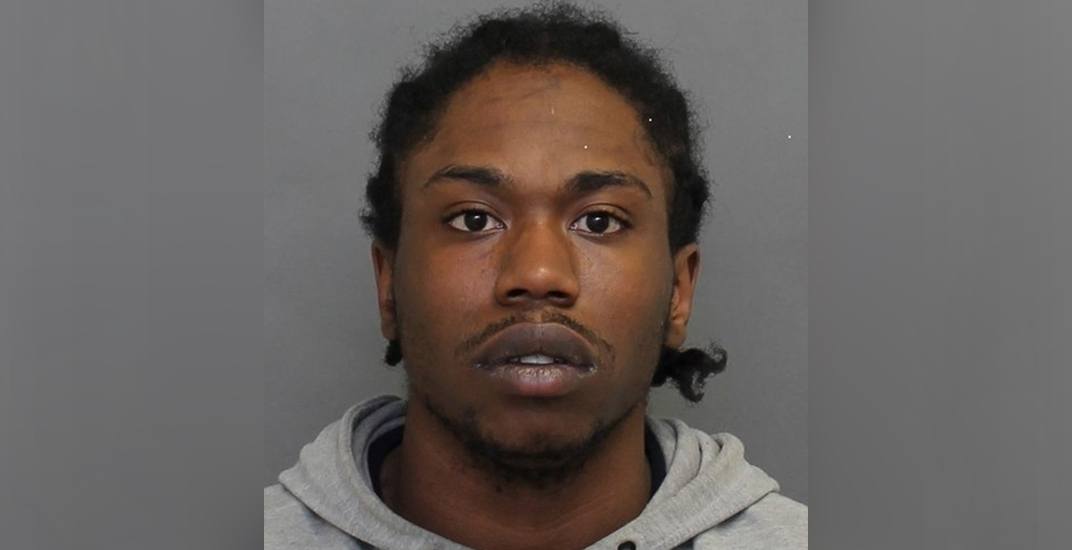 A Canada-wide warrant has been issued for Toronto resident Akil Whyte.

Whyte is wanted for the first-degree murder of 33-year-old Leonard Pinnock, of Hamilton, which took place in April.

According to police, on April 22 at 9:30 pm, gunshots were heard at Dufferin Street and Bowie Avenue. When emergency personnel arrived at the scene, a man was found in a vehicle with injuries and was pronounced dead. Police say Pinnock was sitting in his car waiting for a friend.

In May, police released footage from the shooting, hoping to identify the suspects in the case.

And on Monday afternoon, Homicide Detective Sergeant Joyce Schertzer held a news conference, announcing Whyte, 24, is wanted in relation to this case.