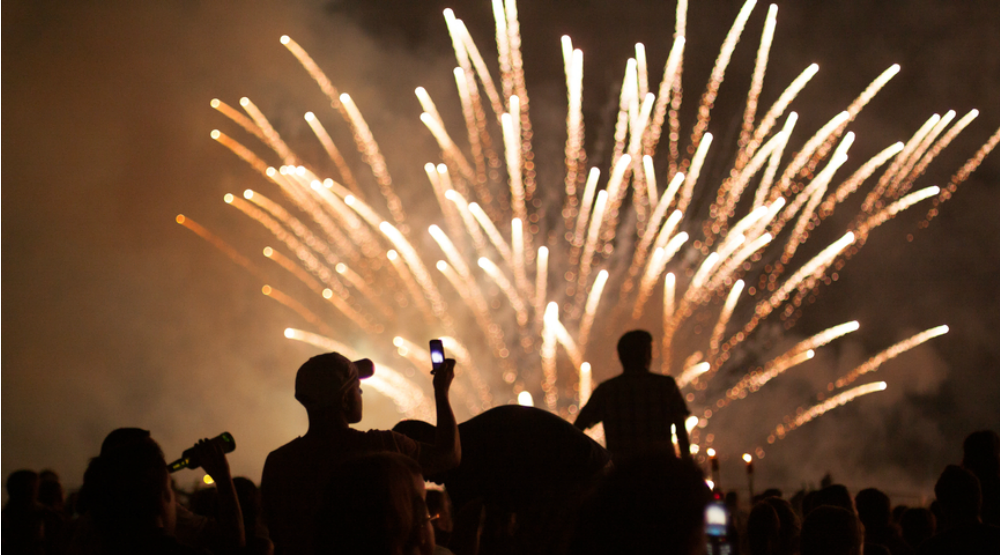 What better reason to celebrate the long weekend than the birth of our country?

If you’re looking to have a good time this long weekend, Montreal has got you covered. From historic traditions to fireworks and concerts, there is a ton happening around the city this long weekend in Montreal.

So to help plan your social calendar, check out 11 things you can do this Canada Day weekend in Montreal:

Head to Old Port for the traditional gun salute. A cannon shot will go off every 21 minutes from noon onwards in celebration of Canada’s birth. If the 21 cannon salute doesn’t interest you, Old Port will play host to a wide variety of family-friendly activities all day long. There will be street entertainment, face painting, inflatable games, and cake for all!

Montreal has been hosting the Canada Day parade since 1977. Keep the tradition alive by attending this year’s Canada Day Parade that will make its way along Rue Sainte-Catherine starting at Rue Fort and ending at Place du Canada. Be sure to wear all of your red and white gear, and whatever you do, don’t miss the parade’s after party. From 1:30-3:00pm, Place du Canada will have inflatable games set up for kids and will be serving a giant Canada-themed cake to the crowd. All cake, activities, and water are free of charge.

When: July 1, 11:00 am
Where: On Rue Sainte-Catherine from Rue Fort to Place du Canada, click here for more details

Spend Canada Day at First Friday. Back by popular demand, First Fridays is Montreal’s premiere food truck gathering that happens on the first Friday of every month between May 6th and October 7th. Lucky for you, the first Friday of July happens to be Canada Day. So if you’ve been trying to track down a certain food truck for the last few months, now is your time to catch it in the act! Plus since it’s a holiday, what you eat on July 1st definitely doesn’t count.

When: July 1, 4 pm to 11 pm
Where: Olympic Parc, on the Esplanade Financière Sun Life

Spend the evening of July 1st listening to some incredible Canadian musicians while overlooking the romantic setting of Old Port. The concert will begin at 8:30pm and will lead right into the Canada Day Fireworks starting at 10:00pm. Performers at this year’s event include La Bronze, Karim Ouellet, QW4RTZ, Alexandre Desilets, Renee Wilkin, King Melrose, and Funk Lion. If you’re unfamiliar with those names, expect anything from children’s music to classical jazz. It’s sure to be a night to remember!

For the seventh year, 24 bars and restaurants in Montreal will pay to play in the GOALMTL – Lions Cup Soccer Tournament, and endeavour to bring the Cup home. An additional team will be made up of Montreal celebrities and media stars. The event is a fun-filled affair full of activities for the entire family but the main goal is to raise funds for non-profit organizations that help support families, youth, social activities, and education.

It wouldn’t be Canada Day without fireworks to end the celebrations! If you’re not already in Old Port, be sure to make your way down as Canada Day fireworks will begin at 10:00pm sharp. Expect a night lit up with white and red and a Canadian song or two to accompany the display. The fireworks show should last approximately 10 minutes.

RibFest is the place to meet Ribbers and taste their fare along with all the fixings of this Texan tradition. Come on down and treat yourself to a delicious culinary experience full of amazing food and fun activities for everyone!

Carifiesta will invade the streets of downtown Montreal with their vibrant colors and extravagant costumes while dancing to the musical sounds from throughout the Caribbean. This is a great event for the whole family! A little tip? Don’t try to find parking downtown.

Come and check out over 110 artists in visual arts and crafts at what is the greatest open-air art gallery in eastern Canada. The festival also presents a rich and diversified program including short film screenings, multimedia performances, immersive installations, live painting, craft work demonstrations, and a series of multidisciplinary performances.

When: June 29 to July 3
Where: Starts at Berri-UQAM station

Enjoy an open terrace in the sun dinning on one of the best jerk chicken plates in Montreal, enjoying a cocktail, and listening to the hottest r n b, hip hop, reggae, soca, and classic house music master mixed by guest DJs. Time to get tropical!

It’s finally back! Get ready for 11 days and nights of celebration, 9 outdoor stages, and 3000 artists from all over the world. With two-thirds of its programming presented free of charge, you don’t have to save a pretty penny to indulge in some of the most amazing music you’ll ever hear.

When: June 29 to July 9
Where: Various locations