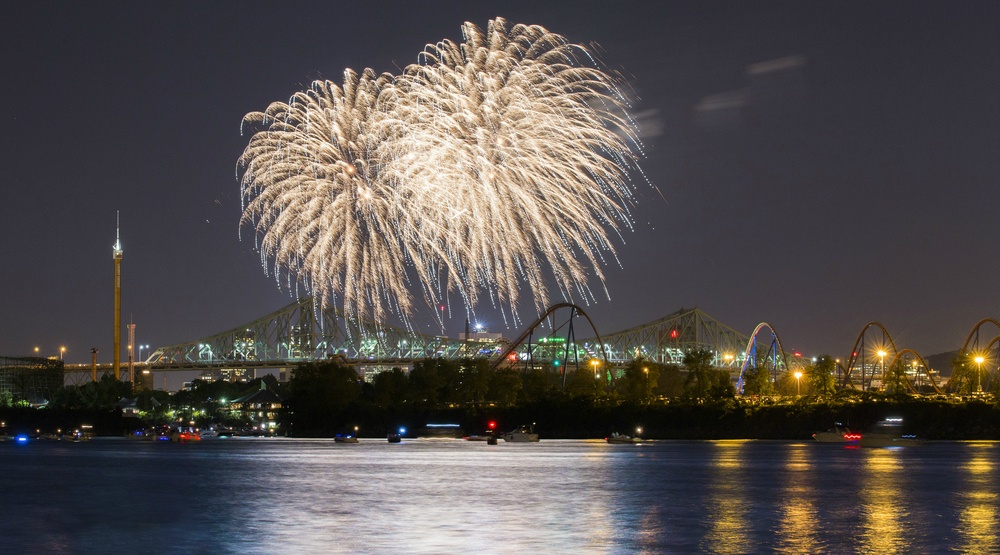 Earlier this spring, we reported that a series of fireworks shows was returning to Montreal this summer.

As most of you are already aware, this month-long festival is known as the International Fireworks Competition.

Each week, a new country will be showcased. 2017 will see fireworks shows representing Italy, Poland, Germany, France, Portugal, and England.

However, the show we’re most excited about is Canada’s. As per tradition, Canada’s fireworks show takes place on Canada Day. As July 1st falls on a Saturday this year, it couldn’t be more perfect!

Plus, owing to the city’s 375th anniversary, this year’s show is centred on Montreal. Titled “Celebrate Montreal” and created by Panzera-Rozzi’s Famous Fireworks, fireworks will be set to a soundtrack that features everything from rock and folk music to reggae and cabaret. The chosen songs are a creation of Paul Csukassy, Technical Director of the Montreal competition, and features favourites as voted by Rythme FM’s listeners.

Be sure to secure a spot in Old Port or in Parc Jean Drapeau before the fireworks competition begins at 10pm sharp!