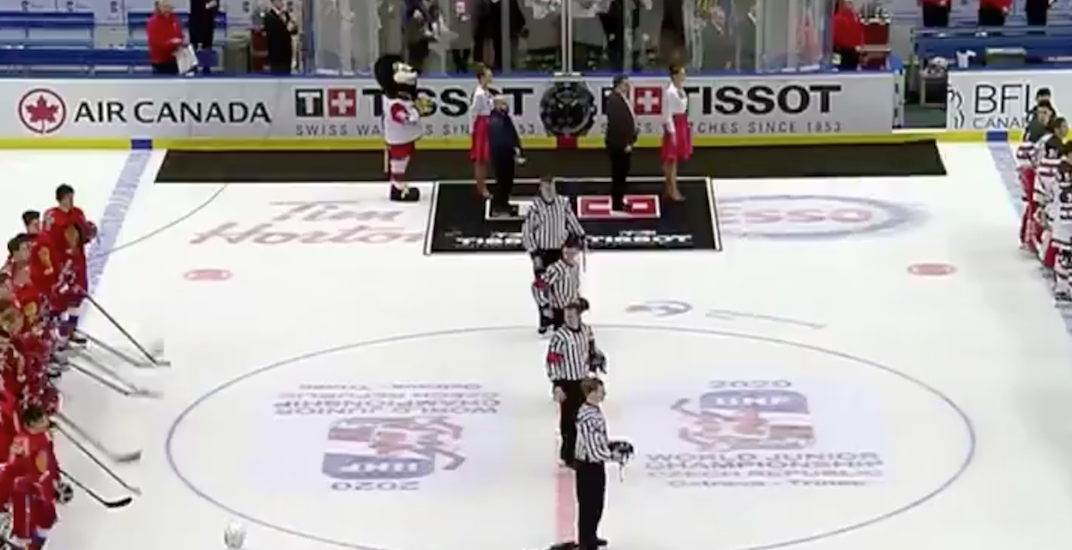 Team Canada captain Barrett Hayton is under fire after failing to remove his helmet during the playing of the Russian national anthem at the World Juniors on Saturday.

Canada had just suffered its worst-ever loss in the history of the tournament, losing 6-0, but clearly that’s no excuse for Hayton, a 19-year-old centre who has appeared in 14 games with the Arizona Coyotes this season.

It is customary for players to remove their helmets for the national anthem, which is played for the winning team at the conclusion of games in international hockey. Russian captain Grigori Denisenko pointed it out immediately, as shown in the video below:

Barrett Hayton didn't remove his helmet for the Russian anthem and Russia's players were not pleased about it 😬 pic.twitter.com/thv5tCj82F

Denisenko, along with some of his teammates, refused to shake Hayton’s hand during the handshake lineup.

Perhaps Hayton didn’t do it on purpose, as he seemed perplexed after the game.

🇨🇦 captain Barrett Hayton asked why 🇷🇺 players were mad during anthem: "Not sure"