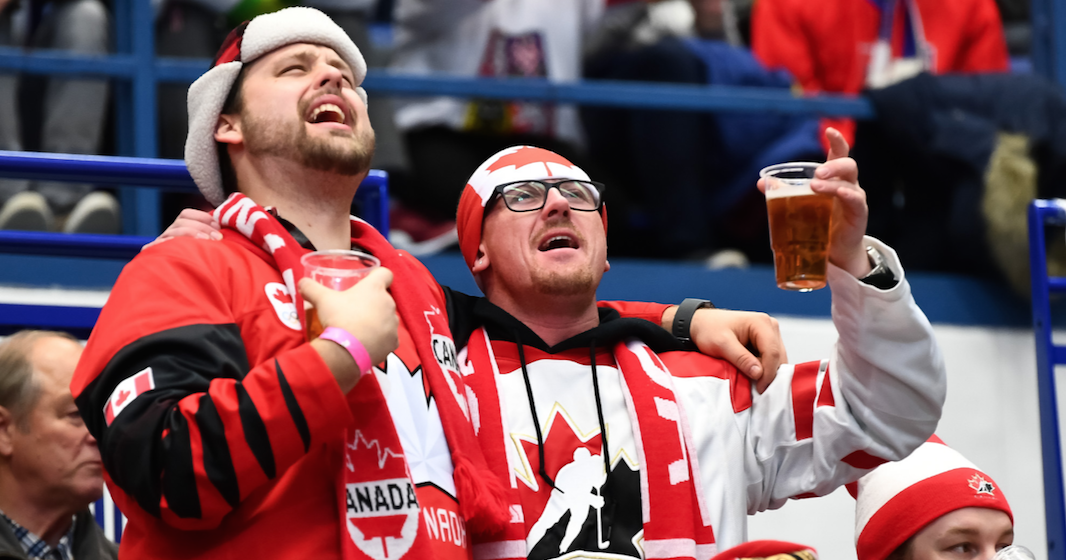 Saturday’s loss against Russia wasn’t just a blowout, it was the biggest loss Canada has ever suffered at the World Juniors, losing 6-0 to Russia in the second game of the tournament. 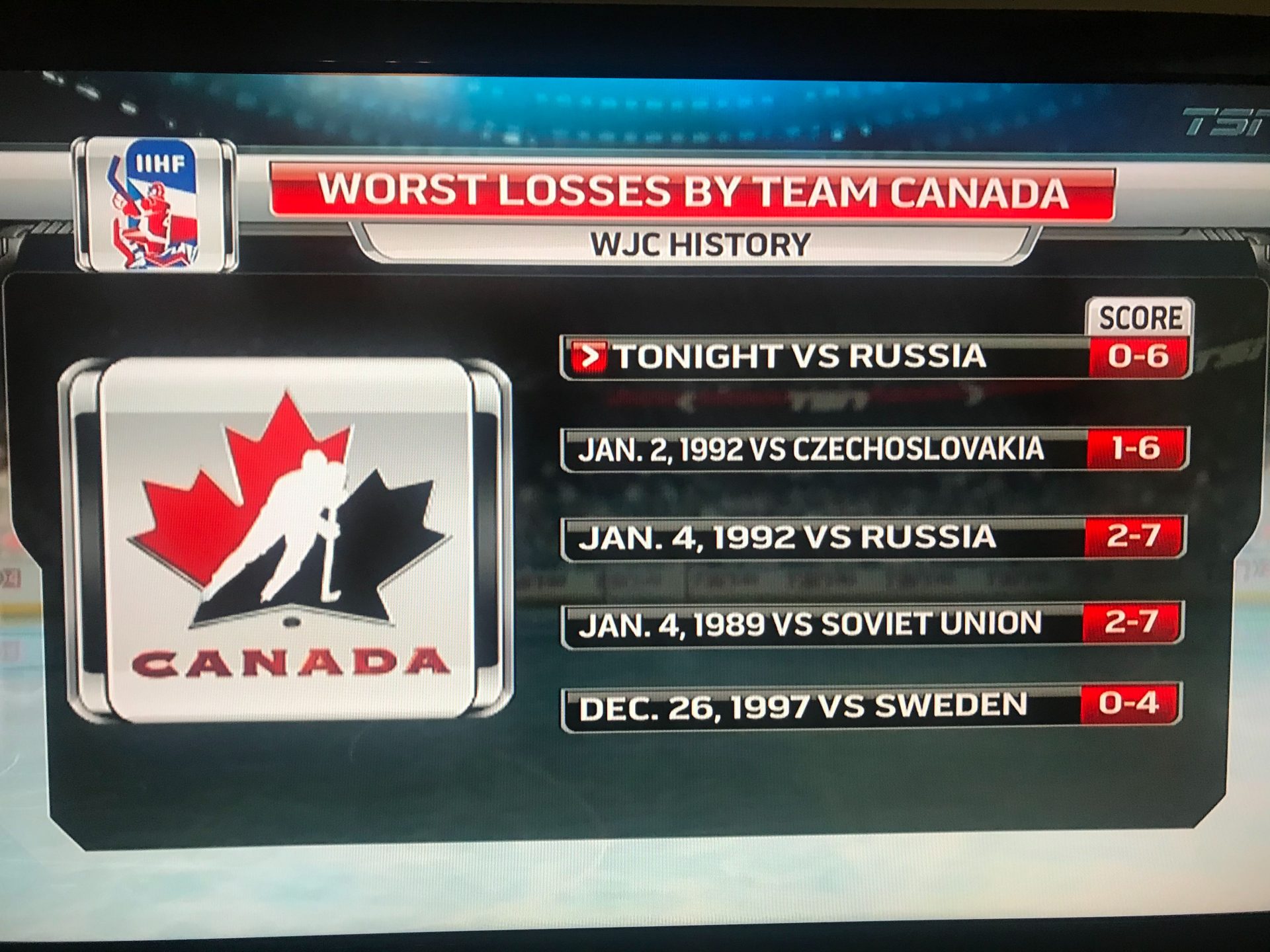 Russia jumped on a sluggish Canadian team early with their first goal coming less than two minutes into the contest.

Just minutes in and Russia gets on the board first 😬 pic.twitter.com/J9O4m6kuOR

#CANvsRUS #WJC2020 not only was the direct entry offside, but also the original entry. pic.twitter.com/YFm7LeZCQa

The play appeared to have been offside, but coach Dale Hunter chose not to challenge the play. It’s hard to argue a challenge would have made much difference though, as the Russians seemed much more engaged and held a 3-0 lead after the first period.

Canada was able to overcome a poor start against the USA on Thursday, but against Russia they only saw themselves fall deeper into the hole.

Nikita Alexandrov makes it 4-0 for Russia, and that'll end Nico Daws' night as Joel Hofer replaces him in net. pic.twitter.com/FD1W3g5H5b

By the end of the second, Canada was trailing 6-0.

Making matters worse for Canada was the injury that forced their best player, Alexis Lafreniere, to leave the game in the second period and puts the remainder of his tournament in jeopardy.

Alexis Lafrenière goes down after a scary collision with the Russian goaltender. pic.twitter.com/S5hLEHdk9P

On top of it being their biggest lost ever, it was also the first time Canada has been shut out in a World Juniors game since 1998 against Slovakia (a 0-0 tie).

For a perennial powerhouse like Canada, losses like this one are so unexpected and embarrassing, and many fans took the social media to voice their displeasure with the team.

I would like to apologize to the various people I texted to remind them that the #CANvsRUS game was on. Should’ve left them in blissful ignorance pic.twitter.com/BqPGzHHBcV

I wonder if Canada can sneak Carter Hart in for the second period.

Oh well. Is there any curling on?

Legitimately what in the fuck is happening. #CANvsRUS

Did we accidentally swap teams with the fucking Kazakhs?

Each and every member of this team should be embarrassed

Going to be a Canadian hockey summit scheduled before this game is even over at this rate.

Would be nice if the team showed up, no?

This will be the biggest Russian victory since the US election. #WorldJuniors2020 #TeamCanada

The good news is there’s still plenty of time for Canada to turn things around. Their next game is against Germany on Monday at 9 am ET / 6 am PT on TSN.