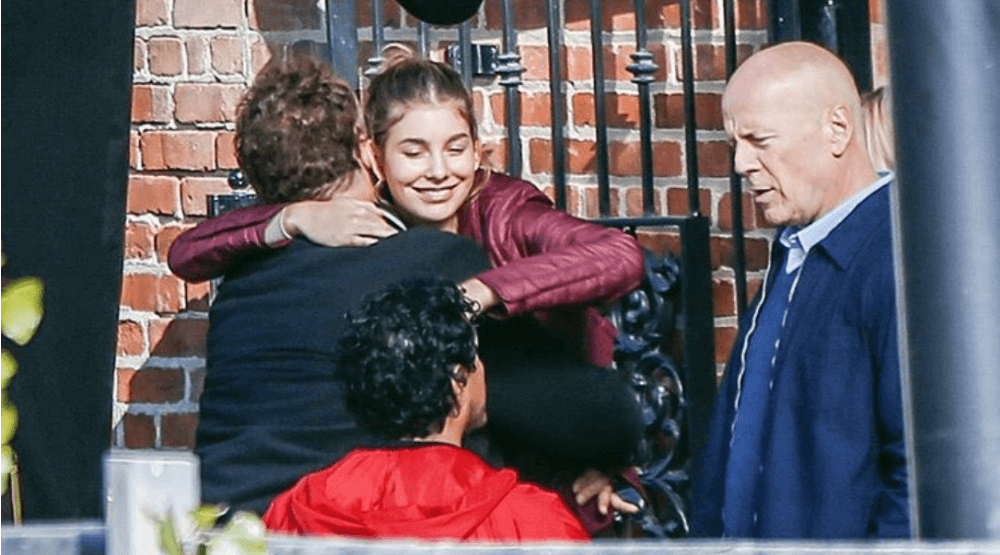 A remake of the 1974 thriller of the same name, the Die Hard actor will play the title role of Paul Kersey, a husband and father who is transformed into a killing machine when a violent tragedy tears his family apart (in essence, a cross between Die Hard and Taken).

Willis was seen filming amongst the historic streets of Old Montreal, alongside his Death Wish co-stars, Elisabeth Shue (Back to the Future II), Vincent D’Onofrio (Daredevil), and model Camila Morrone.

According to Morrone’s Instagram, the cast will be filming in Canada for several months:

Here’s to welcoming Bruce Willis as the newest member of our Montreal family!