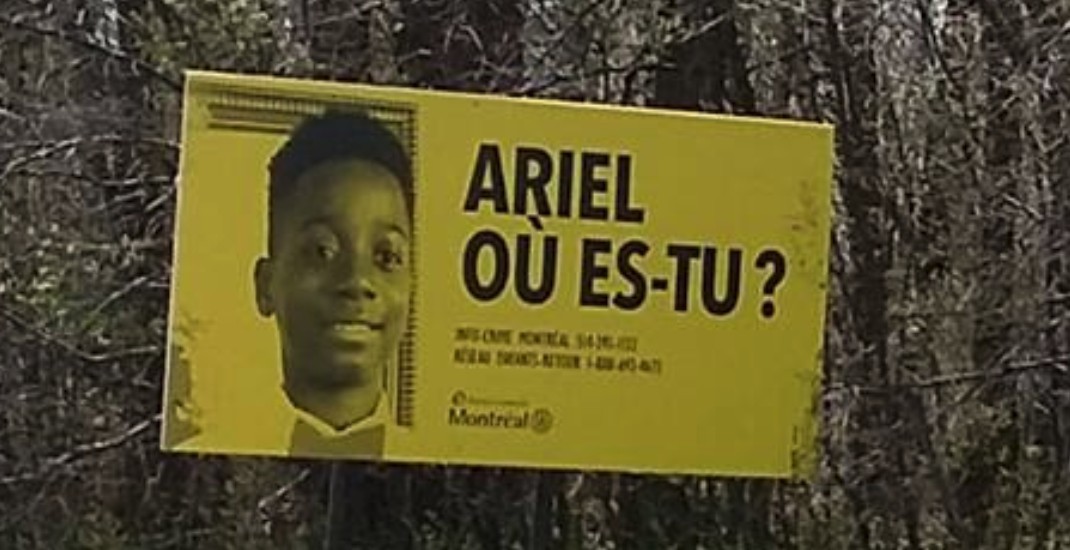 The family of Ariel Kouakou is not giving up the search for the missing 10-year-old, and have now launched a new awareness campaign with the Missing Children’s Network and the Montreal borough of Ahuntsic-Cartierville.

The new search efforts include two billboards, buttons, and pamphlets, in order to encourage anyone to come forward about Kouako whereabouts.

Kouakou was last seen on March 12, in des Bateliers Park after leaving his home in the Ahuntsic-Cartierville area to see a friend.

Police began searching the Rivière des Prairies for the boy in late March but the efforts were called off in April.