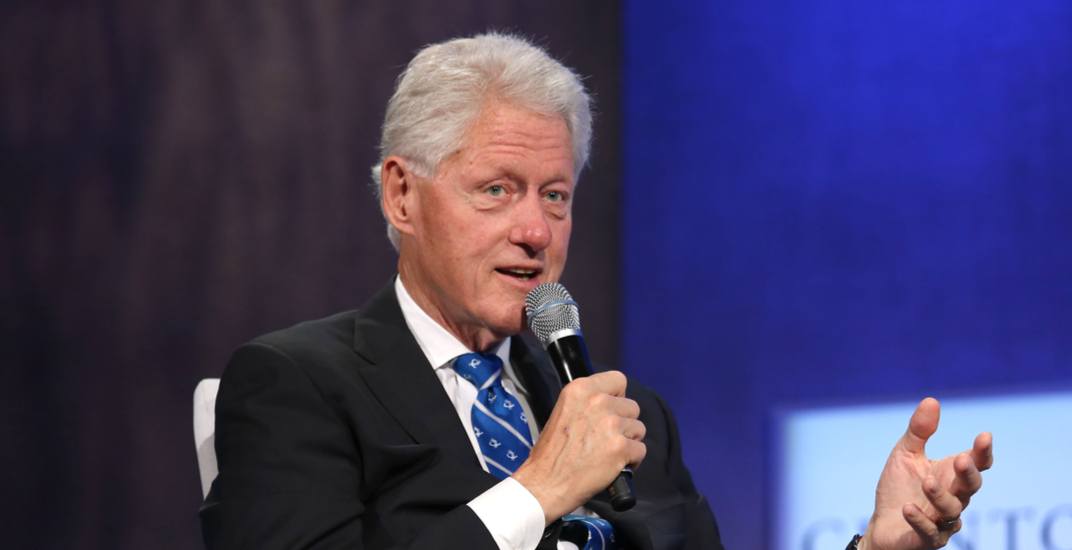 Former US president Bill Clinton will be in Montreal today to meet with former prime minister Jean Chretien.

Clinton and Chretien will take part in a conversation about their time as leaders and the state of the Canada-US relationship. The event is sponsored by the Canadian American Business Council and will take place at Montreal’s Palais des congrès.

Clinton was in Toronto on Tuesday to accept an honorary doctorate from Nova Scotia’s St. Francis Xavier University.

In last night’s address, Clinton spoke about the state of global politics and argued that in today’s political climate, people are not taking the time to reach out to one another.

He also noted that he is the only US president to have visited Canada five times when he was in office. He served from 1992 to 2000. Since then he has visited Canada nearly 50 times.

He recently enjoyed a summer vacation in Quebec’s Eastern Townships where he was joined by his wife and former secretary of state, Hillary Clinton.