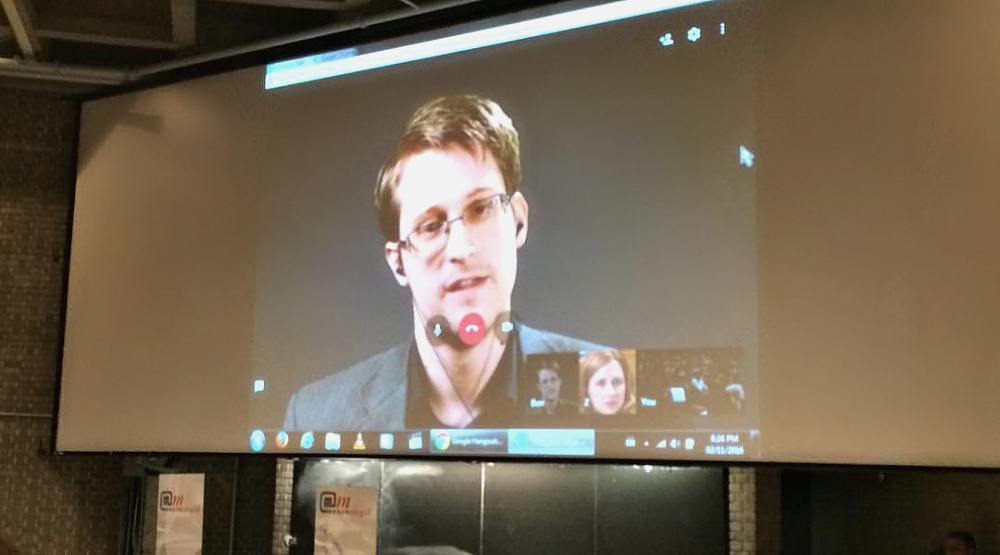 For those that don’t know, last night Edward Snowden gave a talk at McGill University via video conference.

Thousands of Montrealers waited in line to attend this lecture, however, unfortunately only a lucky 600 odd people were able to fit inside Leacock 132, the room designated for the event.

From 7p m until roughly 9:30 pm, Snowden spoke via Google Hangouts about surveillance, democracy, and the future of western countries like Canada and the United States.

If you were unable to attend or watch the livestream, hundreds of people sent tweets about the talk into the twittersphere.

Ranging from funny quips about the technical difficulties experienced, to admiration for Snowden’s work in fighting to protect privacy, it was surely a night to remember.

Check out the best tweets from Edward Snowden’s talk at McGill below:

Edward Snowden: "Privacy is not about something to hide. It's about protecting a free society." #snowdenmcgill

.@Snowden appears to be using a potato as a computer; reconnecting livestream now. #snowdenmcgill

@Snowden livestream or study for my midterm? (Hint: not the latter) #SnowdenMcgill

.@Snowden Teacher-at-heart; making things simple for us. "Encryption is like […] armour."#snowdenmcgill

It'd be great if the moderator at @Media_McGill could turn off google hangout notifications for the rest of @Snowden's talk! #snowdenmcgill

Watching @Snowden live at McGill. It is mindblowing how articulate this man is and how completely he destroys any argument for surveillance.