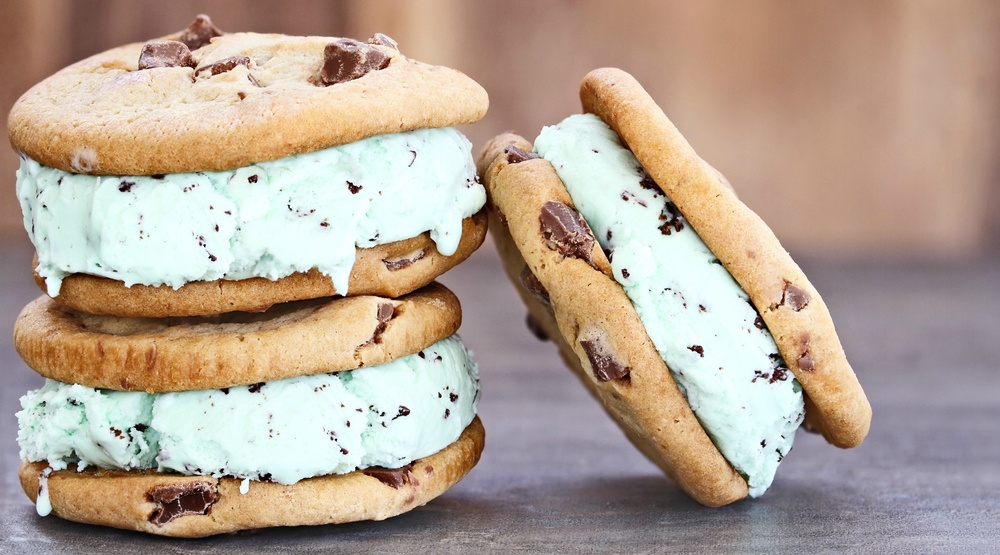 Whatever you do, don’t let this summer pass you by without sampling from some of our city’s finest ice cream cuisine.

French Canadian cookie connoisseurs, Felix and Norton have been serving up the chewiest, richest, most chocolatey cookies in Montreal since forever. However, in the summertime they seriously up their game. The Felix & Norton food truck that you can find permanently parked in Old Port sells cookie ice cream sandwiches. Choose your favourite cookie (menage a trois is unreal) and the lovely people at Felix & Norton will take a nice helping of vanilla, chocolate, or salted caramel ice cream and sandwich it between the two cookies of your choice.

Get fancy at Fous Desserts where they will serve you some of their homemade gelato sandwiched between a French macaron. Dainty, beautiful, and oh-so refreshing, Fous Desserts is soon to be known for much more than their flaky croissants.

As if you needed another excuse to visit Juliette & Chocolat, they have added a new classic to their summer menu: the ice cream sandwich. No ordinary ice cream sandwich, however, those sold at J&C are made with an ice cream flavour of your choice (options include chocolate, vanilla, caramel, and cookies and cream), and two perfectly baked chocolate brownies. You also have the option of dipping your sandwich in melted chocolate and covering with toppings like sprinkles, nuts, or cookie crumbs.

Les Givres is Montreal’s very own artisanal ice cream shop. Offering everything from soft serve to sorbet, Les Givres does not use any additional flavouring or colouring in their ice cream and gets all of their fruity flavours from locally grown Quebec fruit. Although ice cream on its own can be tempting, you’re going to want to try one of Les Givres’ ice cream sandwiches. Les Givres creates their ice cream sandwich concoctions by placing a giant scoop of your selected ice cream flavour between two homemade cookies of your choice.

Leche Desserts is quickly becoming one of the hottest donut joints in Montreal. With quirky flavours like margarita lime, vanilla cake, and chocolate banana bread pudding, you will never have tried anything like it. And thanks to the hot summer temperatures in Montreal, Leche Desserts has introduced a limited edition summer invention: the donut ice cream sandwich. Select a donut of your choice and the fine people at Leche Desserts will cut it in half for you and put a healthy helping of soft serve vanilla ice cream inside. Talk about indulgence.