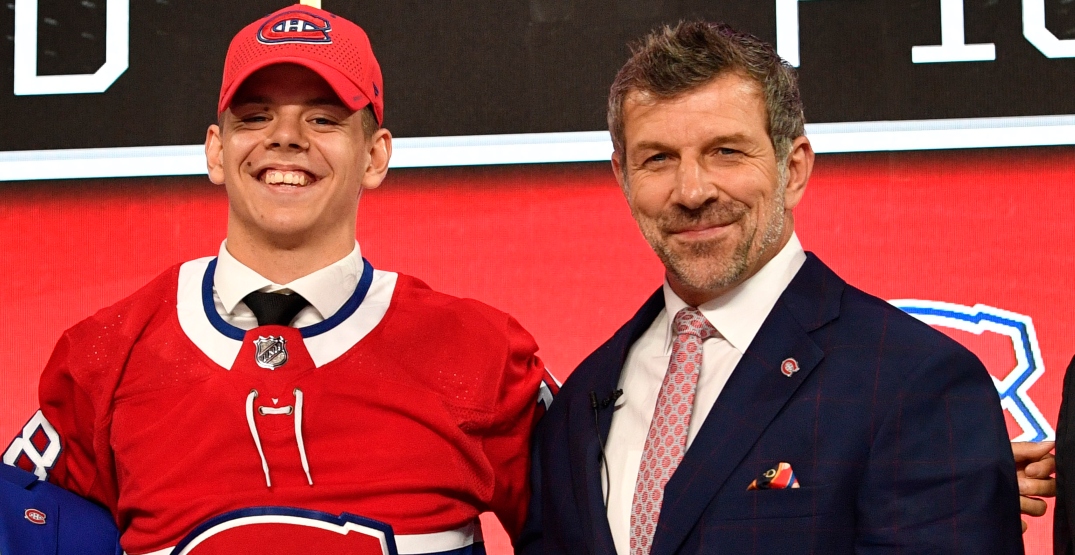 Just 23 games removed from playing in the Stanley Cup Final, the Montreal Canadiens underwent a massive management overhaul over the weekend.

As much fun as last season’s unexpected playoff run was, the Canadiens couldn’t rest on their laurels because of it. The horrific start and overall track record in recent years had made clear it was time for a new vision.

Before we look ahead to Jeff Gorton, though, it’s time to close the book on the Marc Bergevin era. There were plenty of ups as well as plenty of downs, so today we’re going to look back at 10 of the more notable moves Bergevin made – for better or worse – during his near decade at the helm and rank them.

Bergevin reached for Jesperi Kotkaniemi with the third-overall pick in 2018 because of the team’s need at centre. If he ever pans out, it won’t be the Habs who reap the rewards.

After three up-and-down seasons with Montreal, Kotkaniemi signed an offer sheet with the Carolina Hurricanes that the Canadiens declined to match. A massive missed opportunity with a top-three pick.

Alzner began 2018-19 as a healthy scratch, got waived, and spent most of that season and the next one with the AHL Laval Rocket. The final two years of his deal were bought out.

We’ll lump a few moves into one here.

The Canadiens looked to be playoff-bound team at the 2016-17 trade deadline, but one that could use some more offence. Instead, Bergevin loaded up on grit, adding a bunch of fourth-liners like Dwight King, Steve Ott, and Andreas Martinsen in separate trades.

The Habs finished in first place in the Atlantic Division, but struggled to generate offence in a first-round loss to the New York Rangers.

Jonathan Drouin has been a fairly productive middle-six forward for the Habs, but hasn’t been the star they thought he could be. Now in his fifth season in Montreal, they’d still like more consistency.

Meanwhile, Mikhail Sergachev, traded by Montreal just a year after drafting him ninth overall, quickly developed into a stud defenceman and has helped the Tampa Bay Lightning win a pair of Stanley Cups… including last year’s victory over the Canadiens.

Alexander Radulov was talented, but he’d given the Nashville Predators headaches earlier in his career. Looking to return from the KHL for the 2016-17 season, the Canadiens gave him a chance on a one-year deal.

Bergevin tried to re-sign Radulov, but he left for a five-year, $31.25-million contract with the Dallas Stars.

A trade you may have forgotten from Bergevin’s first year as GM back in 2012-13.

With Erik Cole off to a slow start to the season, Bergevin dealt him to the Stars for Michael Ryder.

Ryder didn’t stay with the Canadiens beyond that season, but the trade still got them off the hook for the remainder of Cole’s contract, which had two more years at a $4.5-million cap hit on it.

The four-year, $17-million contract ($4.25 AAV) Bergevin gave Tyler Toffoli before last season may have been the best signing of that offseason. Especially when you consider the value.

Toffoli led the Canadiens with 28 goals and 44 points in 52 regular season games last year. Without that production, Montreal probably doesn’t even make the playoffs. He also chipped in 14 points (5-9-14) in 22 postseason games. He hasn’t been scoring at the same rate so far this season, but is still tied for the team lead with 15 points (5-10-15) in 24 games.

This was the most polarizing trade Bergevin made while in charge of the Canadiens.

Habs fans were devastated to see Subban traded, but Weber, who eventually became team captain, would win them over with his blistering slap shots, thunderous hits, and quiet but steady leadership. All of which helped Montreal reach the Stanley Cup Final last year.

Weber’s career is likely over now due to injuries, but Subban’s play has been in decline for a few years. The Canadiens wouldn’t be better off today with him taking up $9 million in cap space.

He’s having a brutal season so far, but Jeff Petry has given the Habs a lot of good hockey since they acquired him from the Edmonton Oilers in March 2015 for only second and fifth-round draft picks.

Petry’s scored 40 or more points from the blue line in each of the last four seasons, including last year’s shortened campaign, where he had 42 (12-30-42) in only 55 games. With just two in 24 games this season, he’ll have to pick up the pace considerably to extend that streak to five years. But given what Bergevin acquired him for, that trade has already more than paid off.

1. Pacioretty for Tatar and Suzuki

Bergevin’s hand was pretty much forced when it came to trading Max Pacioretty, but he still managed to net a terrific return from the Vegas Golden Knights: Tomáš Tatar, Nick Suzuki, and a second-round pick.

Tatar is gone but had a couple of productive seasons in Montreal, even leading the team in scoring in 2019-20. Meanwhile, the Canadiens have already identified Suzuki a core piece moving forward, signing him to an eight-year, $63-million extension in October that runs through the 2029-30 season. Whatever Gorton decides to do with the Habs, Suzuki will be one of the core pieces he builds around.