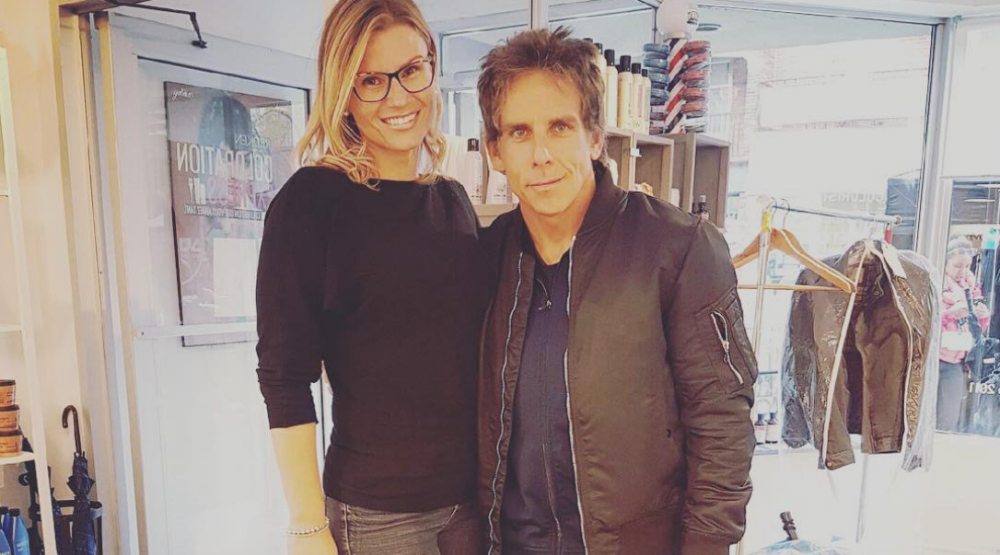 After a bit of digging, we’ve discovered that Stiller is in town filming his latest movie, Brad’s Status. Brad’s Status is being directed by Mike White and produced by production company, Plan B (owned by Brad Pitt). The film centres on Brad, a family man with a good career, who obsesses over the success of his friends from high school. Brad and his son embark on a tour of colleges in the Northeast, and while travelling, Brad is forced to confront his old friends and his own failures.

In addition to being spotted filming, the Zoolander star appears to have visited several local businesses in Montreal including Face to Face Games and Medz Salon.

Here’s hoping you run into Ben Stiller over the next couple of months!