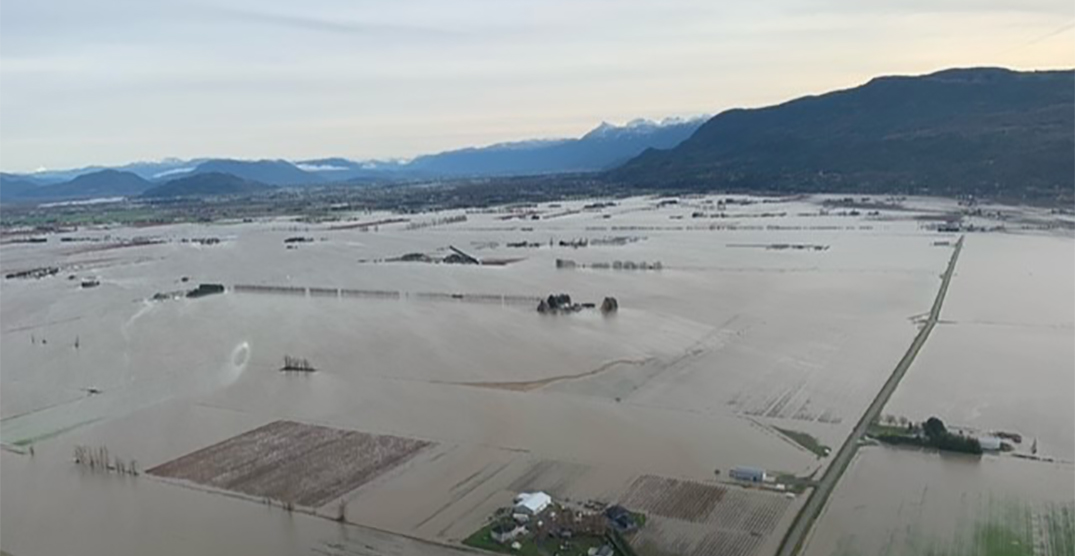 BC officials say thousands of animals have perished in the Fraser Valley and many more are in “difficult situations” because of extreme flooding.

BC’s Minister of Agriculture Lana Popham said it’s critical to get food to surviving animals in the next 24 hours, and euthanizations of injured animals are expected.

“It’s heartbreaking,” she said during a news conference Wednesday. “Farmers who were attempting to move animals had to walk away because roads were disappearing beneath them.”

She added some farmers have stayed behind in their barns, and many of the barns are flooded.

“Many of those calves, like this [motions height with hand] with three to five feet of water, those calves drowned. They couldn’t get them out,” he said.

Popham added access routes are being developed so that veterinarians can access farm animals that survived, but didn’t say when those roads would be ready.

Much of the stored food for the animals is under water, adding to farmers’ troubles.

Some farmers were able to move their animals to higher ground, with photos showing some people on jet skis guiding cows to safety.

“Some animals getting moved through those water flows have been able to make it through to a safe spot. But they’re not in good shape by the time they get there,” Popham said.

.@lanapopham tells media she has had “heartbreaking” conversations via Facetime with affected farmers, as they are with dead animals in barns. BC says it is developing routes to get vets to animals ASAP.